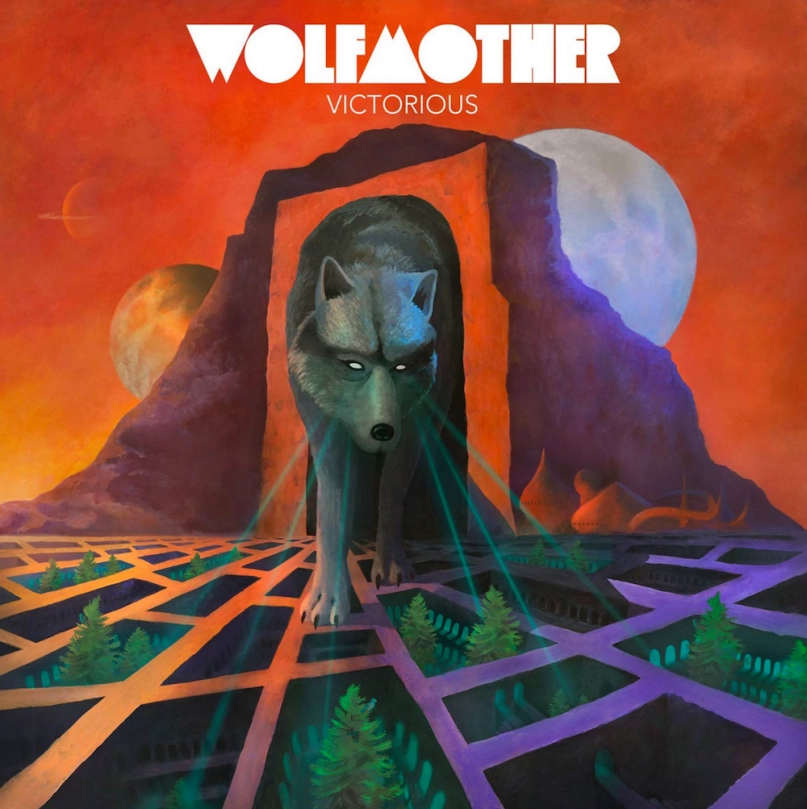 As a Creative Writing student, my only purpose in life is to write essays. And as much as I love writing, sometimes it’s hard to get into that headspace, especially when there are much more interesting things to do—like mindlessly scrolling through Instagram. But I have a trick to help myself get into the writing headspace. I simply listen to Wolfmother.

Wolfmother is a hard rock band from Australia, who released their first album in 2005.

They’ve been compared to other hard rock and heavy metal bands like Led Zeppelin, Black Sabbath, and Queens of the Stone Age. If I were educated in music, I could probably describe their music with words like “acid-rock,” “power-pop,” and “anthemic,” but I am not, and NPR Music already did that for me.1 What I can say is that their music is fast and loud, and it’s easy to write to.

There’s something about the swooning guitar and consistent drumbeat that gets my fingers moving across the keyboard. It’s way easier to analyze the poeticism of Virginia Woolf’s prose or the socio-political undertones of Dostoyevsky when the lead singer of Wolfmother is wailing in the background. It’s like my fingers have to keep up with the song, and I can’t stop typing until Wolfmother stops. The ticka-ticka-ticka of my keyboard joins the clashing of the drums and the shrill guitars in an orchestral harmony.

I’ve written some of my best—and by that, I mean “most passable”—papers while listening to Wolfmother or other music like it. Something hard, fast, and not commanding enough to distract me from my paper. It’s like background noise that cancels out everything else going on around me, like what my roommate is doing or my own distracting thoughts.

Wolfmother may not work for everybody, but I would suggest finding something upbeat and fast to get you in the zone if you find yourself dragging your feet when it’s time to write a paper. I find it helpful to establish a routine when I know I have a deadline coming up, especially when that deadline is a Monday morning and it’s Sunday night. And check out Wolfmother if you’re a fan of eighties aesthetics and classic rock. They’re highly underrated.