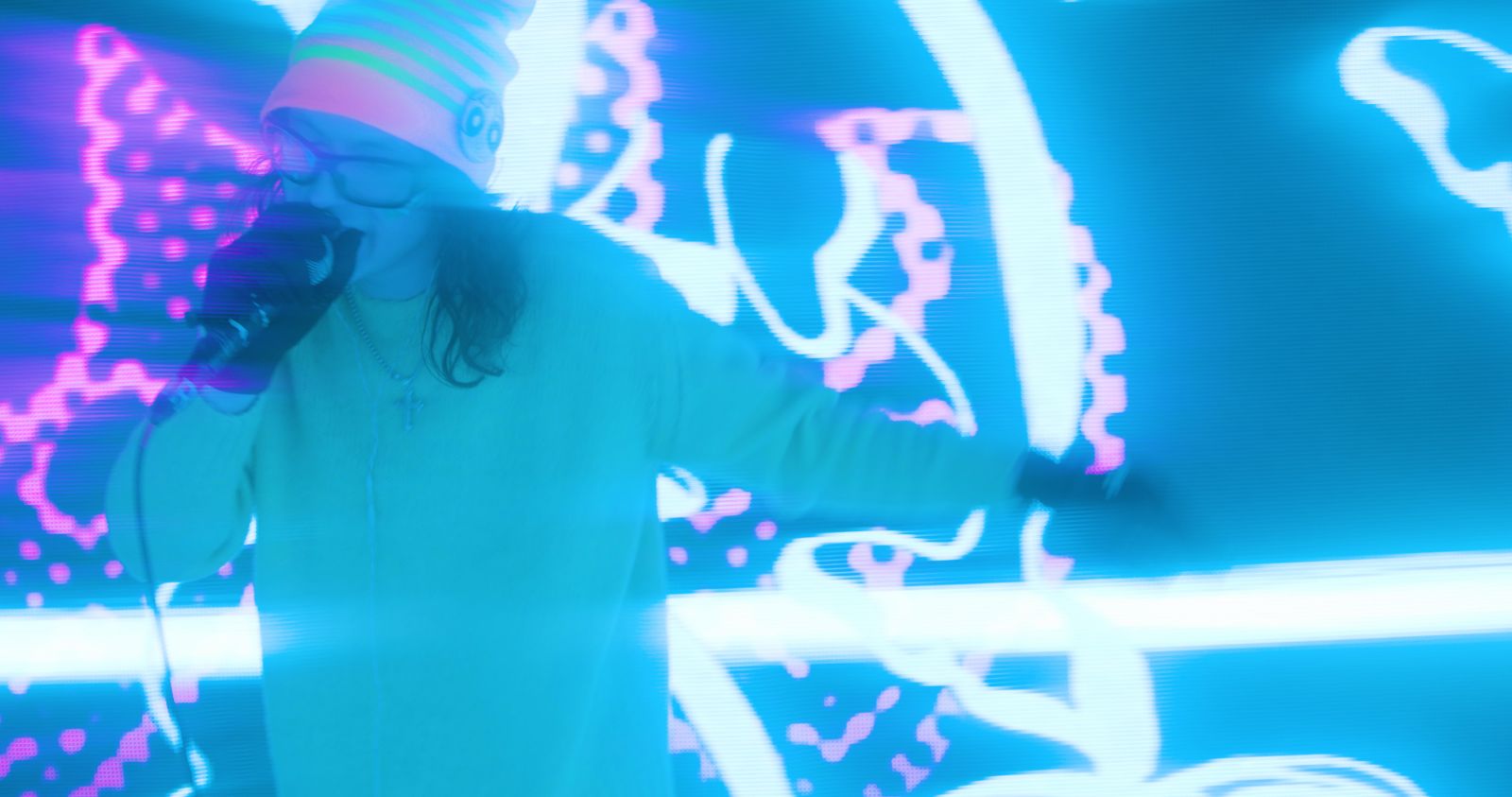 Though it feels like it’s been ages, May was only a short time ago. And on May 6th, well into the COVID-19 lockdown, the official YouTube channel of London-based live radio network NTS uploaded an hour-long live performance featuring Bladee and Ecco2k, two members of the Swedish cloud rap collective Drain Gang. Though this kind of content is not unusual, the timing of it as well as what these two artists did with the format makes it a possible window into the future of what live shows will look like in a COVID world.

The video begins by showing us a row of gigantic computers, which we don’t realize is an establishing shot. We suddenly cut to Ecco2k sitting on the floor, surrounded by audio interfaces, mixers, effects boards, and other equipment all tangled in a web of wires. The picture is washed in a glowing, heavenly haze. He begins building this serene, atmospheric song with an echoey synth as well as various samples, such as chirping birds and his signature “true friend” tag. After almost five minutes this atmospheric intro track flows seamlessly into “Fragile” off Ecco2k’s celebrated debut full-length project E. As this song starts, the camera pans up to show that Ecco’s backdrop are huge wall-sized LED screens, powered by those computers from earlier. The screens display swirling, blinking white designs that cast Ecco in an even brighter haze, and occasionally make for some insane, not epilepsy friendly moments, which I swear is a good thing in this case. Ecco performs many of the songs off E as well as a few tracks from his difficult-to-find early work, displaying his incredible knack for beautiful melodies, catchy deliveries, mind-boggling production, and hypnotic atmosphere along the way. It’s a truly dizzying display of talent from an artist with truly infinite potential.

Bladee follows a similar format, with his screen display (and outfit) being more colorful and his performance less focused on effects and equipment. He simply performs many of the slick, hard-hitting songs from his then-latest project Exeter, my favorite work of his, as well as a few songs from his back catalogue that fit perfectly.

Like I said, this format is nothing knew, but there are few other artists who would get a room full of LED screens and choose to make it so you can’t see what’s on them. This whole “concert” shows the inventiveness of Drain Gang, constantly reinventing themselves and innovating in both the musical and visual medium. But when put into the context of current events I think this video becomes much bigger than Drain Gang. I see this as the best option for the future of live shows in a world where large social gatherings aren’t coming back anytime soon. Fortnite and Minecraft concerts are fun but far too niche, superstars in front of a keyboard in a t-shirt and shorts is so one-month-in, but this format is viable, and it opens up a whole new world of possibilities for inventiveness in the live medium. Drain Gang adds visual flair and a barrage of vocal effects from Ecco. There’s no telling what kind of creativity other artists could bring to the table if this becomes the new norm.

One thing’s for sure, the line “every day go the same, gotta stay strong” has never hit harder.