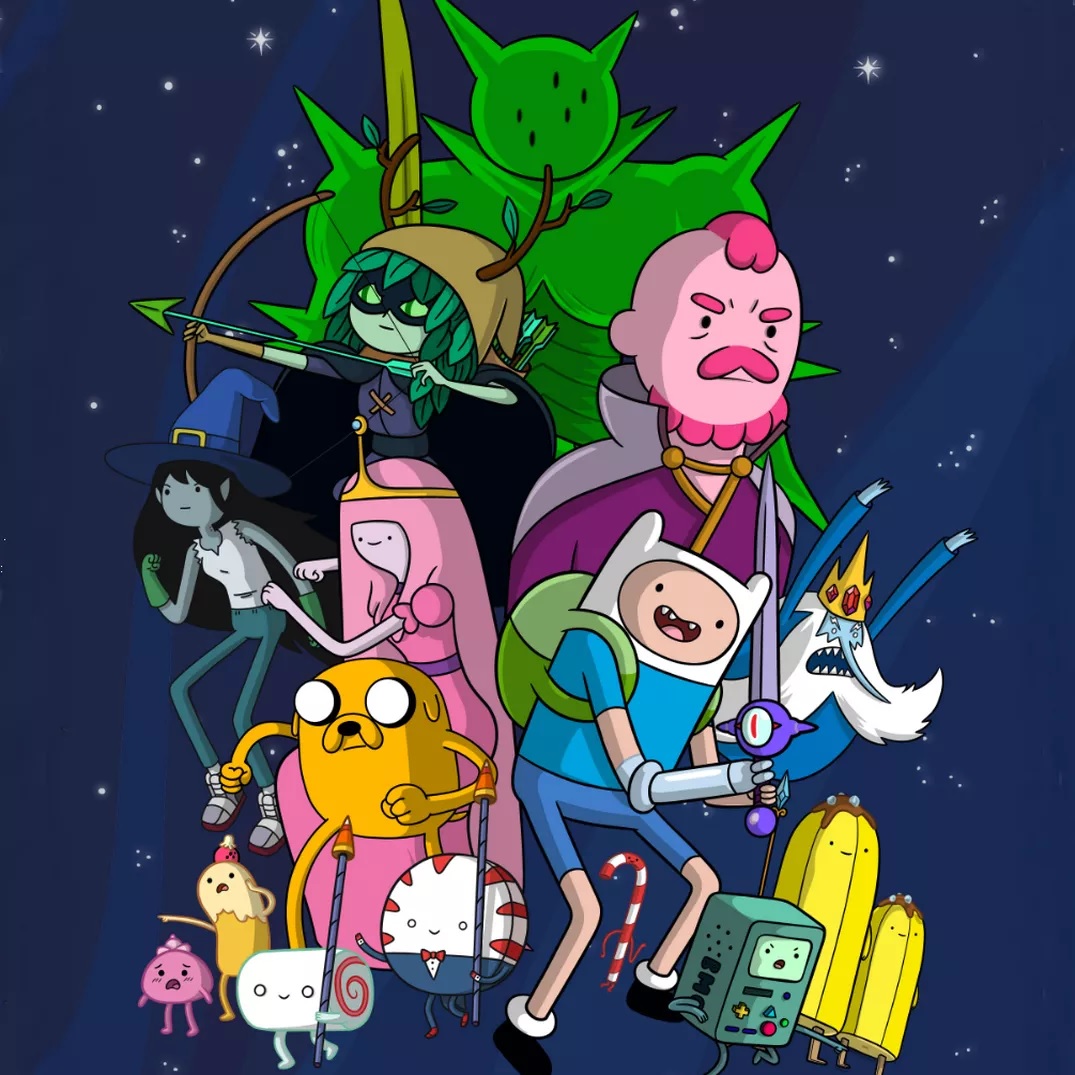 Sometimes you just want to watch something to unwind. Something that doesn’t involve you needing to pay much attention to the plot. A low-stakes story full of adventure, humor, and entertainment. That’s not to say that Adventure Time, which aired on Cartoon Network for ten seasons between 2010 and 2018, was lacking in plot. In fact, it is full of some of the most incredible world-building I’ve ever seen in any format, cartoon or live-action, and executes one of the most wholesome, intense, and emotional stories in recent media.

The basic plot of Adventure Time follows the teenage human Finn and his best friend, a talking dog named Jake. Together, they travel around the Land of Ooo searching for adventure and interacting with various other recurring characters. On the surface, everything seems bright and cheerful, with many episodes having stand-alone plots that seem to have little to do with each other. However, lurking in the background is a deeper, richer world that shows the Land of Ooo is full of mysteries.

The show was created by Pendleton Ward, who began as a writer and storyboard artist on another Cartoon Network show, The Marvelous Misadventures of Flapjack, where he met other artists and writers like Mike Roth (of Regular Show) and Alex Hirsch (of Gravity Falls). He was inspired by how Flapjack was driven by storyboards, allowing the artists to write dialogue and develop action based on a rough outline of a plot, and eventually developed what would become an Emmy and Peabody Award winning series, among other awards. Though Ward eventually stepped down from being showrunner and took a more backseat position after season six, he created something truly unique and endearing in how the show was able to “go with the flow” and create its own mythology.

More often than not, I’ll have Adventure Time playing in the background as I work. With it’s catchy opening and credits themes, energetic voice-acting, and colorful artwork, I find it works both as a nice de-stresser and as a motivator for my own writing. Sometimes, you don’t need a detailed outline to know where a story is going or have every single aspect of your world fleshed out before starting. Sometimes, the best writing results from starting with a broad concept and seeing where your imagination takes you.

So, come on. It’s Adventure Time. Grab your friends, and journey to some very distant lands. You can stream the show on Hulu or read the graphic novel spin-offs at your local Barnes and Noble or other book retailer.