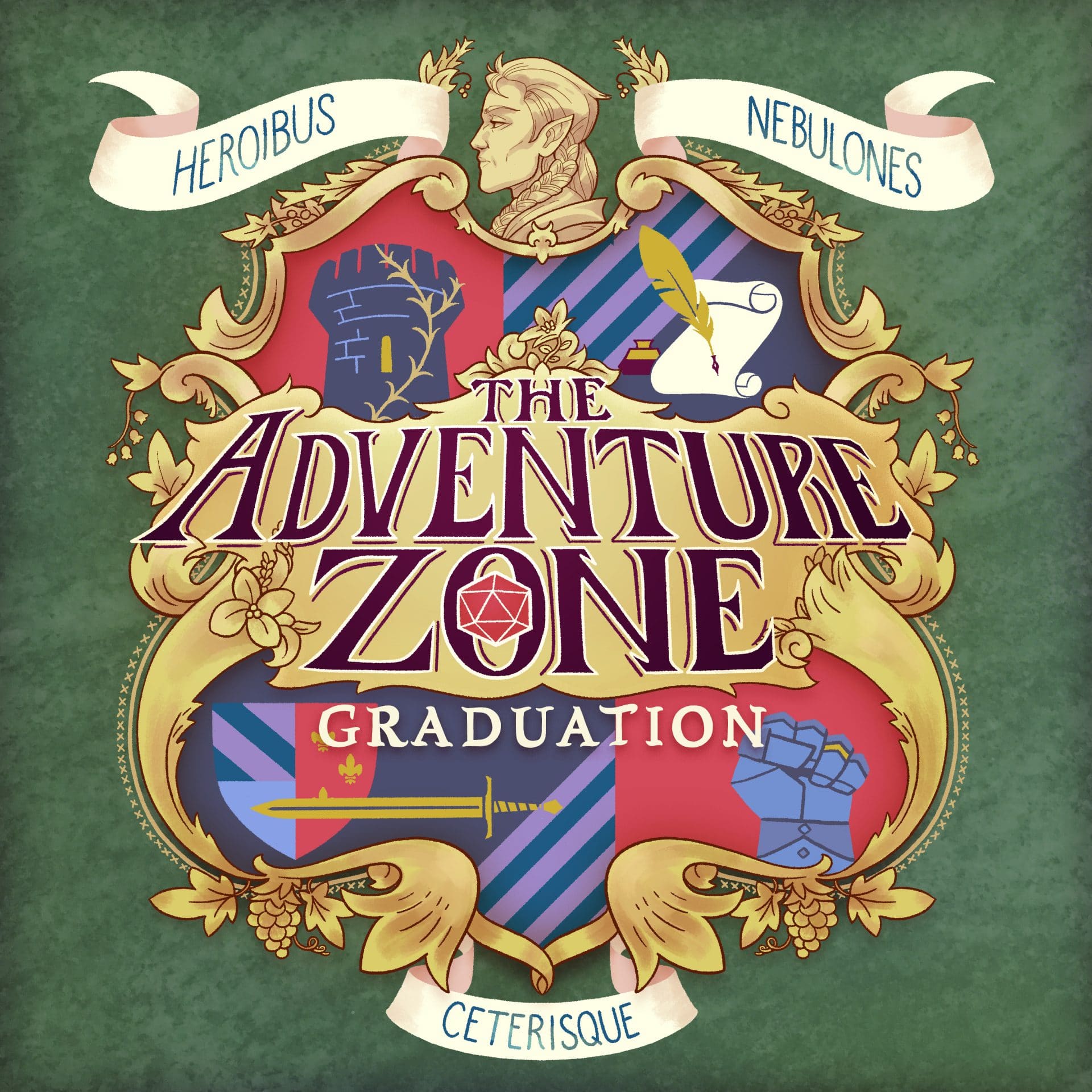 The greatest of stories often have the humblest beginnings. No one can predict what will bomb and what will solidify itself in the annals of time; in the modern era where consumers are inundated with all manner of entertainment, the diamond in the rough is actually rarer than you might think. The advent of podcasting, made popular by early episodic shows like Welcome To Night Vale, has led to an explosion of all sorts of stories where seemingly anyone with a microphone could create their own. That’s how most start, actually. No one can predict what will be a hit and what will fall into obscurity, but it’s those who are determined to forge ahead and create something new that are rewarded. This couldn’t be truer for the truly one-of-a-kind show that is The Adventure Zone.

First recorded as a self-contained limited series by the comedic improv geniuses that are Griffin, Travis, and Justin McElroy along with their father Clint, The Adventure Zone has since become one of the most popular TTRPG podcasts to date with a solid 5.0 rating on the Apple Store and hundreds of millions of downloads. It began as a mini story between episodes of the McElroy’s primary podcast, My Brother, My Brother, and Me, while Justin was on paternity leave for several months. Griffin was the de facto narrator as they delved into a premade module for Dungeons and Dragons, and they hadn’t initially planned on making a whole new show of it. What they hadn’t expected was the overwhelming popularity and positive reception of their antics. This led to the birth of The Adventure Zone, and what would become the first (and funniest, most heart-wrenching, most emotional) of several story arcs: Balance. In fact, it was so popular that Balance has already received three graphic novel adaptations of their adventures that skyrocketed to the NYT’s Bestsellers list upon release, and accolades of the podcast gather at conventions and live shows to hear the latest shenanigans that the McElroys put their characters through.

What really makes this show and its subsequent story arcs so memorable is the genuine enjoyment that they get from playing. Over the course of the show, each of the family has cycled through taking the reins as the Game Master to craft unique adventures for an incredibly diverse and creative cast of characters, exercising their storytelling and comedic muscles. They aren’t putting on airs of being professional actors, nor are they pretending to be anything other than a family getting together to have some laughs and make memories for themselves and their listeners.

While The Adventure Zone may be compared to similar actual-play shows like Critical Role or Friends at the Table, it has solidified itself as something truly unique because it wasn’t trying to be the next greatest D&D show – it evolved and grew as its characters and players did. And the best part about listening to TAZ is being able to pinpoint that growth. Soon after the second story arc, Griffin began composing music specifically for the show. The sound quality vastly improved. Justin, Travis, and Clint grew into their characters as the world grew around them. And as they left the module behind, leaving the party at the whims of Griffin’s bottomless imagination, they forgot they were trying to be funny and became something special. The intricate storyline of Balance slowly fell into place as Griffin realized TAZ was going places, and he laid the groundwork for a tale that still resonates with listeners months and years after they first experienced it. I would give anything to wipe the memory of Balance from my mind so I could live through all of it again as one revelation after another became clear, learning the truth behind the red cloaks, watching the Tres Horny Boys face down their greatest enemy to save the world that became their home, and becoming just as much a family in the game as outside of it.

The Adventure Zone: Balance ran for 69 episodes and was based in 5th Edition Dungeons and Dragons while the next arc, Amnesty, ran for 36 episodes in the Monster of the Week system. D&D returned for the third major arc, Graduation, this time helmed by Travis McElroy and is currently ongoing. Each episode clocks in at an average length of an hour, and while listening through from the very beginning might seem like a great undertaking, it is more than worth it. Listen to it while you drive, while you work, or while you’re just taking some personal time to relax. Laugh, cry, gasp, and cheer along with the McElroys as they find fame, fortune, and family, and maybe slay a few gerblins along the way in… The Adventure Zone!