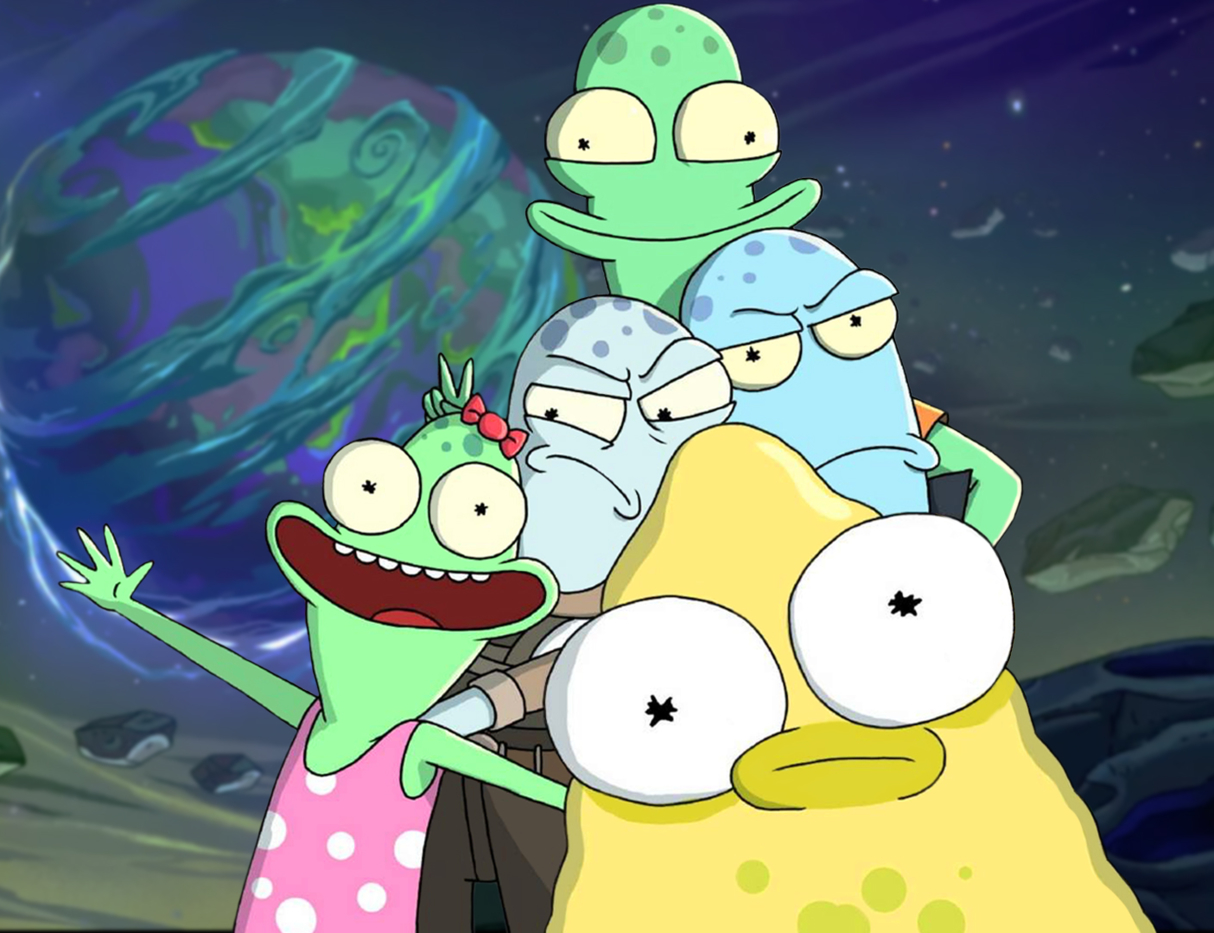 ‘Rick and Morty’ co-creator Justin Roiland and producer Mike McMahan teamed up to release the first season of ‘Solar Opposites’ this year.

I encountered the show scrolling endlessly through Hulu, shrugging indifferently, and then flipping it on. I recall deciding if I was enjoying it, and by the time I’d come to a conclusion, I finished all eight episodes. And I needed more.

The show is about a family of aliens seeking temporary solace on Earth after escaping the destruction of their homeland, Planet Shlorp. Korvo and Terry are the caretakers of Yumyulack and Jesse. They also protect the Pupa: a yellow slug-like baby destined to evolve and terraform the Earth. Though the aliens are asexual, Yumyulack and Jesse assimilate by identifying as a particular gender.

I wouldn’t recommend this as family-friendly, but if you’ve seen ‘Rick and Morty’, the violence and crude humor isn’t too far off.

There is a story that takes place within the main story, which was my favorite to watch. (SPOILERS): Yumyulack shrinks and collects humans that anger him, leaving them behind an observable glass wall. The population of shrunken people increases and they build an entire civilization. There’s even religion: they worship Jesse, the kind one that occasionally drops candy into the wall. Later on, a violent uprising takes place in order to overthrow a corrupt shrunken leader. It was comically fascinating and I was captivated.

Each episode is entirely unexpected. The family comes up with wacky and dangerous plans to accommodate life on earth, often disrupting human life. We can’t blame them for their naivety.