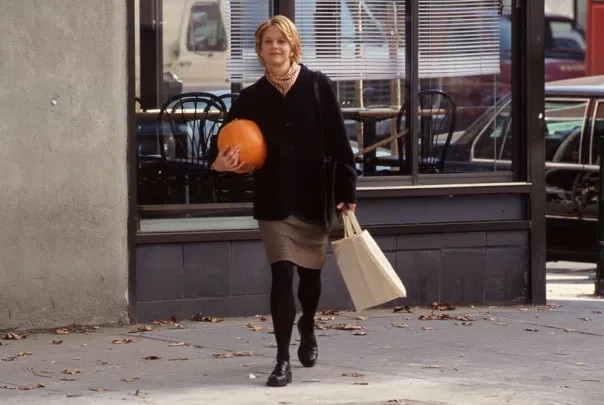 October is here, and that means it’s time to inhale anything pumpkin flavored, watch scary movies, and purchase everything that has orange hues. For those who are more into romantic comedies than scary movies, let me introduce you to the queen of 90’s rom coms: Meg Ryan. Not only do her movies bring a surge of nostalgia, but also warmth because a lot of her movies are set in between the months of September to January. These months are peak holiday season and her films play on that theme a lot. Some of her most iconic roles are in When Harry Met Sally, Sleepless in Seattle, and You’ve Got Mail. Most of When Harry Met Sally is filmed during the Fall and Ryan’s outfits are constantly autumnal and chic. The main characters, played by Meg Ryan and Billy Crystal, live in New York in the film. When they go for walks in the city the changing colored leaves fall peacefully behind them and these scenes alone are enough to make one feel the fall vibes. 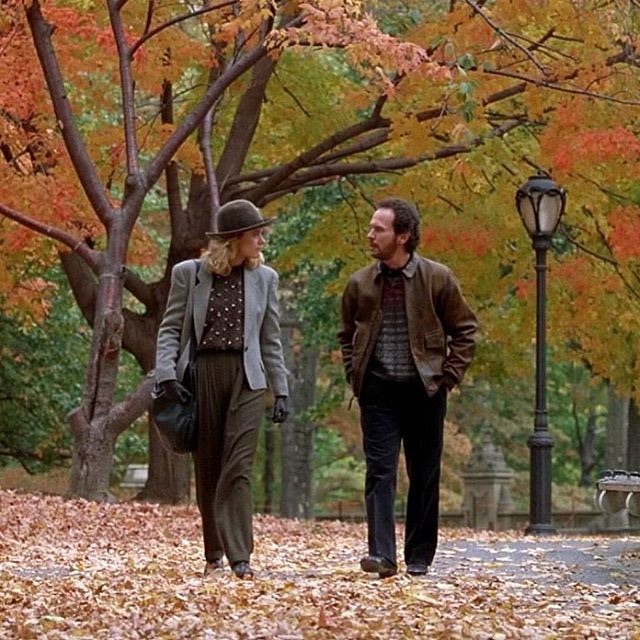 Her other popular roles in Sleepless in Seattle and You’ve Got Mail are played alongside Tom Hanks. These two are an enchanting duo and it would be a crime not to watch these movies during Fall. So go light a candle, bake some pumpkin cinnamon rolls, and head over to your streaming services to catch up on some Meg Ryan feel-good movies.