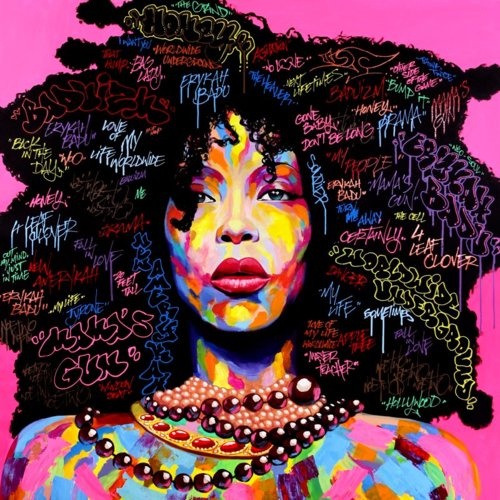 Erykah Badu is a certified legend in all senses of the word. She is an empathic artist who has changed the game for all to follow. Rising to stardom in the mid nineties, her pure talent of both singing and songwriting separated her R&B, neo-soul hits from her peers, and she is still creating to this day. One of my most favorite masterpieces of her’s is the mix tape she released in 2015, ‘But You Caint Use My Phone’. This fall celebrates the 5th anniversary of the mixtape so I have been, and will be, playing it on repeat for these Autumn months. The mixtape features artists like Andre 3000, most commonly known as part of the duo from Outkast, and you might be surprised to find out that although he and Erykah actually dated for some time in the 90’s and have a child together, this was their first collaboration together. Other songs featured like, ‘Cel U Lar Device’ are found sampling Drakes infamous, ‘Hotline Bling’ originally pulling from Timmy Thomas’s, ‘Why Can’t We Live Together’. All in all this album is a mix of familiar references bent into a whole new sound, so if you are looking for a new funky, upbeat album this is one for you.