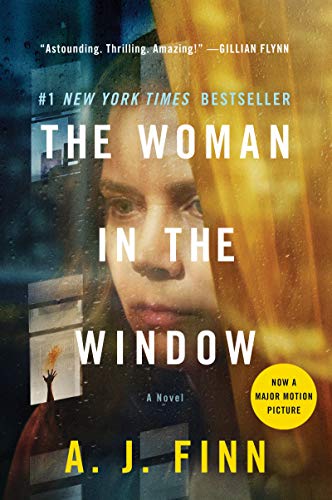 If there were ever a time to read a book before watching its film adaptation, it would be author A.J. Finn’s psychological thriller, The Woman in the Window. Finn’s seamless blend of suspense, mystery, and unexpected moments of tenderness will have fans of Stephen King and Gillian Flynn reading late into the night. Finn constructs a plot that is simultaneously reminiscent of novels like Gone Girl and The Girl On the Train, yet filled with enough unique twists and turns to make it feel entirely original. Especially worth mentioning is Finn’s prose; every few pages I found myself struck by the gravity of a new phrase, something which would be sorely missed from any film adaptation.

The Woman in the Window centers on Dr. Anna Fox, a divorced psychologist suffering from severe agoraphobia. Almost entirely housebound, Anna is forced to spend the majority of her time inside and alone, drinking a dangerous amount of wine and watching her neighbors go about their daily routines. Just when her life seems it could not get any more monotonous, Anna accidently witnesses a crime take place inside her neighbor’s house. Met with disbelief from law enforcement, Anna takes it upon herself to unravel the mystery of what happened a few doors down. However, the more she investigates, the more tangled she becomes in the crime itself. As compelling as it is poetic, The Woman in the Window strikes a delicate balance between a gripping murder mystery and a poignant exploration of the traumas and anxieties that hold us prisoner, both in and outside our homes.