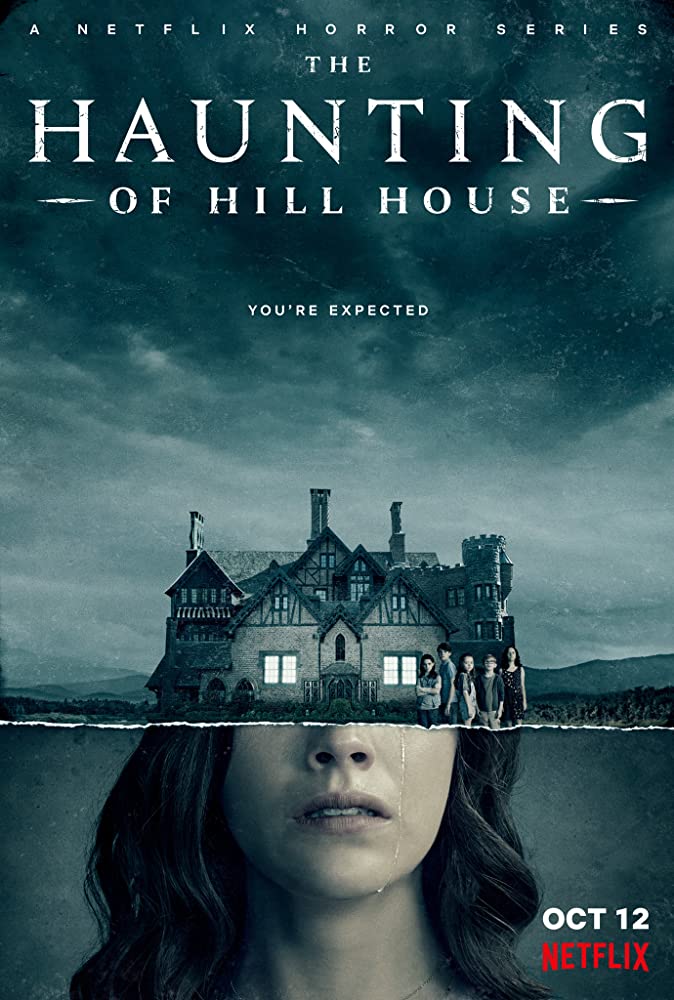 The 2010’s have been somewhat of a renaissance for the horror genre. We’ve seen incredible entries like Get Out and Us from Jordan Peele, John Krasinski taking on the director’s mantle in A Quiet Place, and Stephen King’s creepy clown novel getting a delectably terrifying adaptation in It and It: Chapter Two. But for every film that’s debuted, so too have TV shows flexed their muscles.

In 2018, Netflix debuted a twisting, ominous tale of a family that moves into a beautiful, sprawling house which – unbeknownst to them – is haunted by a malevolent presence keen on not letting the new tenants leave. Based on acclaimed horror novelist Shirley Jackson’s novel of the same name, The Haunting of Hill House delivered on its premise with a stellar cast and solid storytelling in its first season following the tragic tale of the Crain family.

Over the course of ten hour-long episodes, two interwoven stories unfold: the estranged Crain siblings are brought together by the sudden death of their sister, forcing them to confront years of pain and unanswered questions about their childhood experiences, and the events of the Crain family’s time in Hill House that led up to the death of their mother, including unexplained supernatural phenomena that the siblings were unwilling to accept. Rounding out the story is Hugh Crain, the beleaguered patriarch to the family and the glue that holds all the plot threads together. Each character is masterfully brought to life by both their adult and childhood counterparts, with the actors sharing the mannerisms and behaviors so smoothly it really does feel like watching the same person grown up.

What makes The Haunting of Hill House so impressive, however, is how the story itself is executed. What could’ve been a campy horror story filled with jumpscares and overused tropes was instead a carefully crafted, slow-burn tale that saved its few jumpscares for just the right moments. Furniture and wallpaper are arranged to resemble faces hidden in almost every scene, and the ghosts of Hill House lurk in almost every scene – often in plain sight yet easily missed. The atmosphere is one of tension and creeping realization, as we the viewers know the result of what happened in the past; yet, the story is told so carefully spliced between the present events that we start to see the inconsistencies and willful ignorance of the adult Crains slowly give way to horrified realization. And that’s what makes this show such a success.

Director Mike Flanagan was able to flex his already impressive horror movie muscles when he set about creating this show – having writing credits on such hits as Oculus, Hush, Ouija: Origin of Evil, and most recently Doctor Sleep, he clearly knows the ins and outs of what makes horror scary. Creating an atmosphere that leaves the viewers on the edge of their seats with goosebumps running down their arms isn’t an easy or simple feat. While Hill House might feel a bit slow at first, as it does not include many overt scares, the true horror comes from suddenly seeing a ghostly face or hand in the background, unnoticed by the characters but still looming over their lives.

You may question how a show can have more than one season when the story has concluded, and Flanagan has the answer: the show itself will be an anthology, and when season two was announced, Netflix and Flanagan revealed that the next installment will be titled The Haunting of Bly Manor – based primarily on Henry James’s The Turn of the Screw but also including aspects from a number of his other stories to spice up the scares even more. With season two set to be released before 2021, it’s the perfect time to check out the first season for yourself.