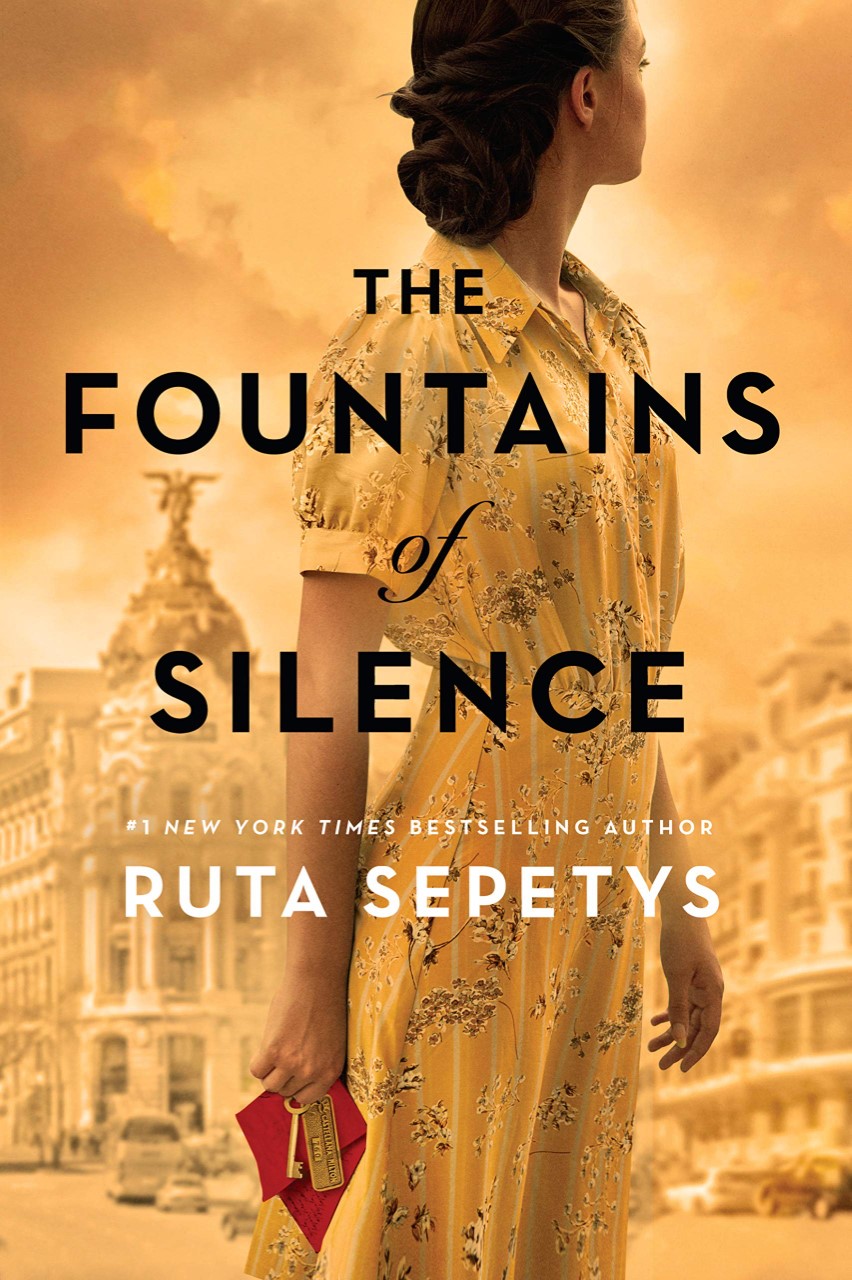 The Fountains of Silence is the fourth book by Ruta Sepetys, who you may also know as the author of Between Shades of Gray. Just like her other novels, The Fountains of Silence is historical fiction and focuses on niche and forgotten parts of history. This work in particular follows a young American named Daniel, who is visiting Madrid in the summer of 1957, while Spain was still under the oppressive dictatorship of Francisco Franco. He meets a Spanish girl named Ana, who is both startlingly genuine and silently secretive. As Daniel tries to get to know her better, he learns more about the stranglehold General Franco holds the country in, and the secrets its people keep in order to preserve their delicate way of life. Daniel is an aspiring photojournalist, and he, along with the audience, learns more and more about the city he’s staying in with each click of the shutter. The secrets the people of Madrid cannot communicate in words are given an outlet through Daniel’s photography, and with each photograph he takes he finds himself dragged deeper into the dangerous underground of Franco’s Spain.

This novel switches narrators between Daniel, Ana, and members of Ana’s family, allowing the reader both outside and inside perspectives into life ruled by a Nationalist dictator, slowly unfolding the layers of pain and injustice that the people of Spain suffered. I knew that Spain was under a dictatorship around the same time Hitler and Mussolini were in power, but I did not know how long Franco’s dictatorship lasted and how many people were affected by his policies. Sepetys excels at telling the forgotten stories of forgotten people, and her novels are well-researched and written in clean, lyrical prose. I may be biased, I have read all of Sepetys’s novels at least three times, but I would recommend this book—and all of the other novels she’s written—to anyone who likes to read. Her novels are read by older audiences as well as young adults, which speaks to the universality of her storytelling and the importance of the stories she chooses to tell.

The Fountains of Silence is both a simple story about a young man learning to grow up, and a tangled web of fear, deception, and pain that the characters, as well as the reader, must navigate in order to find the truth. This novel taught me about a part of history I never knew existed, as well as teaching me about life, love, and art. The voices Franco thought he squashed out in his reign of terror could not be crushed, and they deserve to be heard.