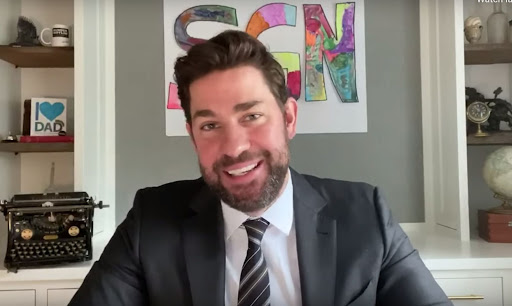 In the midst of all the fear, sadness, sacrifice, uncertainty, and just plain weirdness that’s going on worldwide right now, The Office, Jack Ryan, and A Quiet Place star, John Krasinski, is a true bright spot helping to reinvigorate hope for the future.  He’s recently started a weekly YouTube show called Some Good News where, you guessed it, he focuses on finding and delivering stories of progress and hope in the midst of the current chaos and crisis.  One of these happy, tear-inducing moments occurred on the second episode, where Krasinski video conferenced in the ENTIRE Hamilton cast, including Lin-Manuel Miranda.  They performed a mind-blowing and perfectly coordinated rendition of one of the hit musical’s songs as a surprise for a little girl, who was also conferenced in, and had had to miss attending the musical for her birthday due to the current COVID-19 pandemic.

Just last week, in an effort to provide something for the many high school seniors who are missing their proms right now, Krasinski livestreamed his own “prom,” where he brought in Chance the Rapper for a dance off, and the Jonas Brothers and Billie Eilish to perform “Sucker” and “Bad Guy,” respectively.  Krasinski also brought in his The Office co-star, Rainn Wilson, for some cheeky co-host banter.  The whole broadcast was filled with music-related fun, and the online response via YouTube live chat and Twitter was overwhelming.  Many viewers posted pictures and videos of themselves dancing in formal attire as they watched the show (myself included). 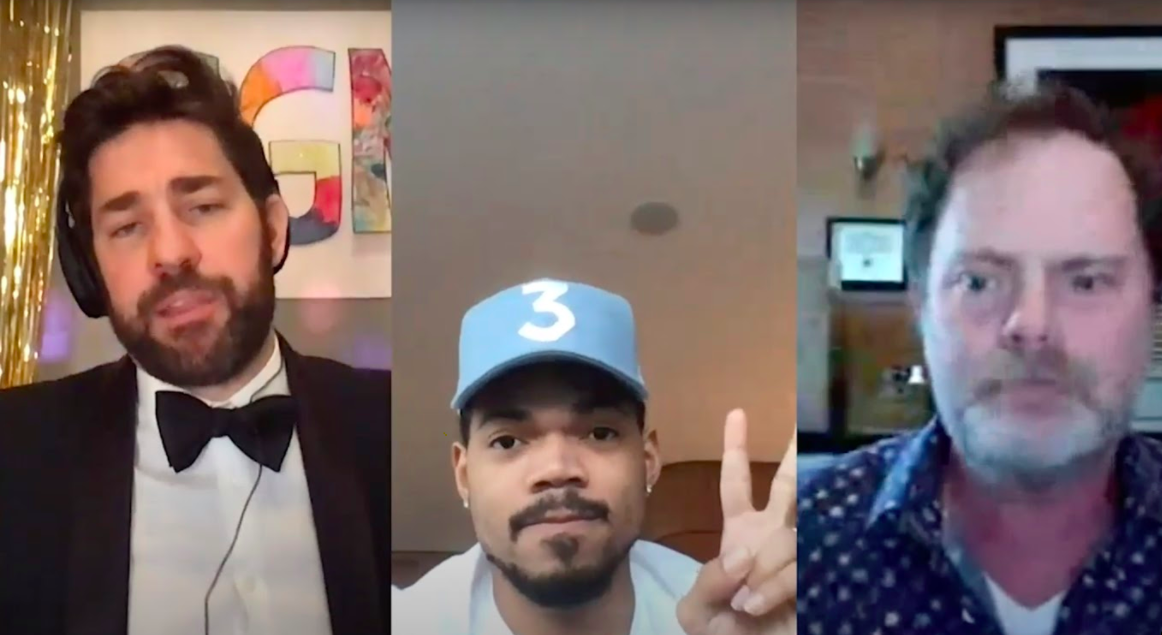 As a host, Krasinski hits the mark every time.  Even if you knew nothing of his very successful career before this, it’s extraordinarily easy to simply be a fan of him as a person.  He exudes positivity, humor, and joy in all of his videos and it’s truly infectious.  In some episodes, Krasinski has even brought in his wife, the lovely and talented ray of sunshine Emily Blunt, for an occasional guest appearance.  Every week Krasinski continues to find, or personally makes happen, new grin-inducing news stories and guest appearances.  And one of my favorite aspects of this is how he’s been using music to uplift and bring everyone together.  To put it simply, Some Good News is truly some really, really good news.