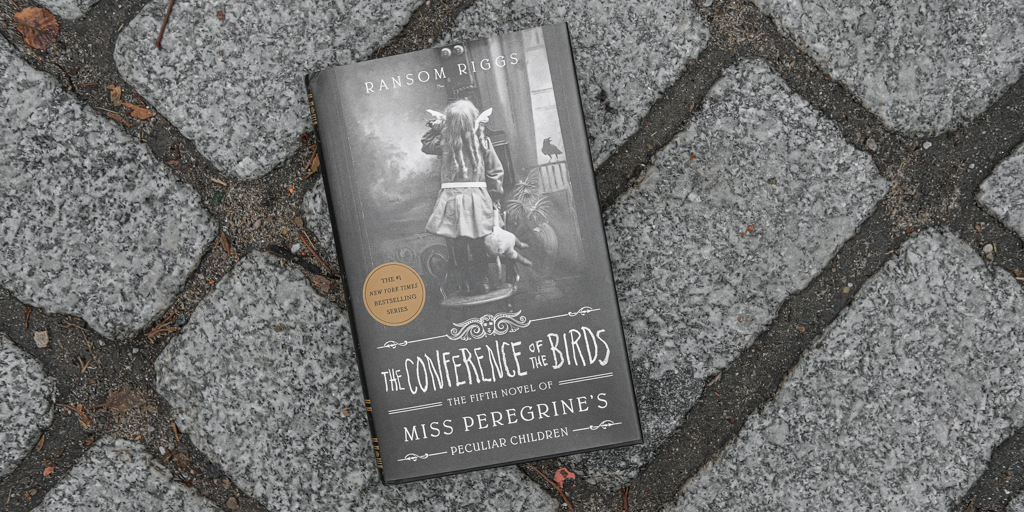 The Conference of the Birds, released January of 2020, is the fifth novel in Ransom Riggs’ acclaimed Peculiar Series, and boy, is it a doozy. I must provide a disclaimer before I get into this review: I did not like this book very much. Map of Days, the fourth book in the series, introduced us to the peculiar world of America, which, I’ll be honest, I was a little apprehensive about. Maybe I’m just stupid, but for some reason, even though Library of Souls ended in somewhat of a cliff-hanger, I thought the series was over. The defeat of the villain and Jacob’s return to his normal life were dramatic, chaotic, bittersweet, and overall felt like a perfect end to the series. A perfect trilogy. When I heard about the fourth book, I was worried Riggs was trying to resurrect the series as a cheap cash grab, utterly destroying the integrity of the original three books in the process.

But I bought and read Map of Days anyway because my wallet and well-being are at the mercy of my curiosity. And lo and behold, I was pleasantly surprised! Map featured a refreshing and fascinating look at peculiar society in America, and watching Miss Peregrine’s wards learning how to live in a modern world provided excellent character conflicts and subsequent character development. We were introduced to several new characters, such as H, a hollow hunter, and Noor, a peculiar girl who was foretold of in an ancient prophecy, as well as the colorful peculiars who inhabit American loops. I was engaged with the story and interested to see what the next book would bring.

Unfortunately, The Conference of the Birds was the cheap cash grab that I expected Map to be. This book just feels so empty. The plot goes up, down, and back again, and many of the settings and scenes overlap with those in Map of Days—to the point where I’m not even sure what scene happened where or when—and the characters feel flat and boring. I think Noor is the flattest of them all, mostly because she hasn’t been in the series long enough for her character to develop. She’s supposed to be the token “strong female lead, who doesn’t take anybody’s crap and also has a really sad backstory.” Don’t get me wrong, I love a strong female lead, but Noor has no other personality traits or endearing qualities. She’s tough and sassy and all the other characters seem to think she’s real neat, but there’s nothing going on underneath the surface.

There is absolutely nothing interesting about her and even though she apparently is integral to the prophecy, her presence is not integral to the plot whatsoever. She seems to pop in and out as needed. The rest of the cast is bland as well; everyone just seems like lifeless cardboard cutouts of themselves.

I’m extremely disappointed in the romantic subplot as well. Spoiler: Jacob and Emma break up. I actually don’t hate that, they have several huge problems in their relationship that they need to sort out. What I do hate is the speed at which Jacob moves on. He rebounds immediately with Noor, of course, as she is the new and improved girl character. Their interactions are flat and empty and honestly embarrassing to read. Actually, this whole book is embarrassing to read, and I’m embarrassed I spent $22.99 US dollars on it (tax not included). Hopefully, the next book will clear up many of the story problems that were created in Conference, but I’m not counting on it. Good luck Riggs!