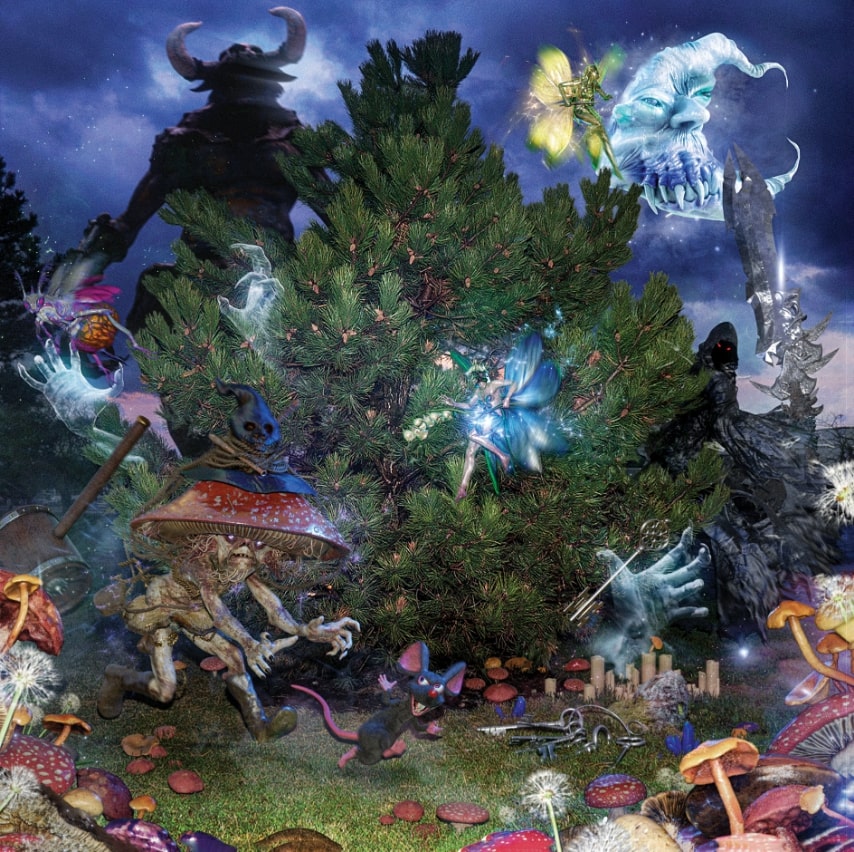 1000 Gecs and the Tree of Clues is the latest release from experimental pop group 100 Gecs, and is a follow-up to last year’s 1000 Gecs album, which was one of the most forward-thinking, idiosyncratic, well-conceived, and tightest pop albums not of the year, not of the decade, but of all time. 1000 Gecs was a perfect debut, an all killer, no filler album that pushed boundaries and was full of personality. With 1000 Gecs, 100 Gecs placed themselves at the forefront of the growing “hyperpop” scene along with artists such as Charli XCX and Dorian Electra.

Based on that extremely favorable description, I’m sure you could imagine that I was very excited for this power duo’s next full-length release, …Tree of Clues. Of course, as with most other fans, my anticipation waned slightly when I heard that…Tree of Clues would be an album comprised almost entirely of remixes of songs from 1000 Gecs.  But, I figured I would just accept what I get and not get upset. I was interested to see what kind of spin different artists could put on such an already loopy album, and my interest was further piqued by the singles released ahead of time, especially the insanely infectious remix of “Ringtone” with Charli XCX, Kero Kero Bonito, and Rico Nasty, as well as the totally wacked out remix of “745 sticky” from Injury Reserve (R.I.P. Groggs).

Unfortunately, Gecs kind of frontloaded this album’s release, meaning that most of the best songs on this album were already out by the time it dropped. The upside of that is that we got to hear all these great songs pretty early, but the downside is that there aren’t many hidden gems in this pretty extensive tracklist.

One of the obvious standouts is the Black Dresses remix of “745 sticky.” The duo leave enough of the original song for it to be recognizable but by the end they rip it apart with an almost exhausting amount of energy, delivering black metal-esque screams over a distorted beat that is sure to get your blood pumping. The n0thanky0u remix of “hand crushed by a mallet” is similarly noisy, and totally transforms what was one of the more listenable songs on 1000 Gecs. One of the most surprising appearances on this album is Fall Out Boy, who, along with Craig Owens, add a totally unexpected pop punk spin on “hand crushed by a mallet” that features a slightly out-of-place, softly-delivered interlude from Nicole Dallanger. Another totally unexpected twist is Lil West delivering a straightforward but hard-hitting trap verse on a remix of one of the weirder 1000 Gecs songs, “gecgecgec.”

A welcome surprise at the back end of this album was the presence of five “original” songs. Two of them are inconsequential instrumentals, but the other three all offer something spectacular. “came to my show” is a song that’s been in the Gecs live rotation for a while now, and the studio version shows off just how excellently produced the song is, even if the goofy lyrics knock the song down a notch. “toothless” features one of the smoothest and most satisfying choruses in the Gecs catalogue, and the live version of “800db cloud” takes one of their best songs to a whole new level with an impossibly high-octane performance.

But like I said, many of these tracks aren’t highlights. Hannah Diamond does fine on her remix of “xXXi_wud_nvrstøp_ÜXXx,” but Tommy Cash’s performance is downright hard to listen to, and many of these remixes are just too indistinct to be worth mentioning.

..Tree of Clues is, if anything, a dizzying display of just how far Gecs are willing to push their boundaries, and displays that the only thing that can hurt their music is other people.