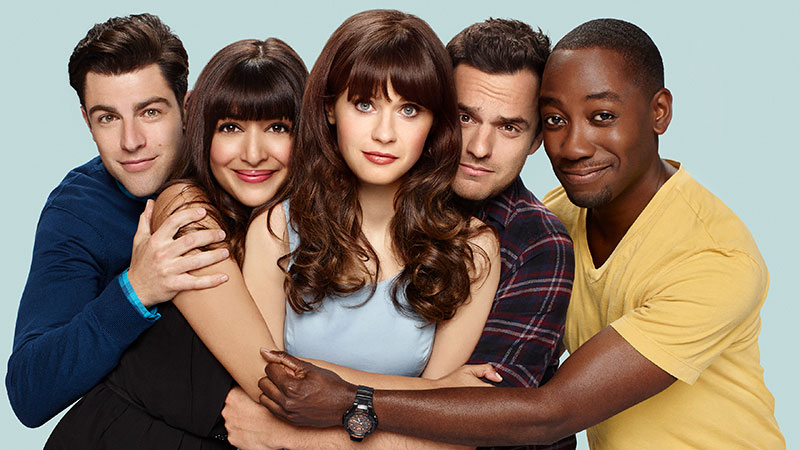 Fox’s New Girl will satisfy every viewer need. It checks off all the boxes: painfully hilarious, adorable characters, and phenomenal writing. The show features the naive and whimsical Jessica Day as she figures out how to do life while living with three single men. It is extremely entertaining, yet, heartwarming to watch these three tough fellows warm up to their first female roommate.

Jess’s adorable approach to life will melt everyone’s heart immediately. She is relentlessly optimistic and often opts for singing her sentences instead of talking. Her positive approach can come off as naive, which prompts the three guys to swoop to her rescue when she inevitably gets herself into sticky situations. Jess’s relationship with the three guys is one of the most fulfilling aspects of the show. Schmidt is initially wary of the idea of a female roommate but is the first to warm up to Jess and all of her antics. Nick, perpetually grumpy, is an intense contrast to the bubbly Jess. Their chemistry is explosive and carries on throughout the duration of the show. Winston is a fan favorite. He is so uniquely charming. His delicate and soft persona balances out the other three strong personalities. Winston is the voice of reason that occasionally makes the viewer bend over laughing.

The reason New Girl is so extraordinary is because it gets better the more it is watched. Usually, shows get repetitive the more they go on. This makes them difficult to re-watch. The more viewers watch New Girl, the more they can appreciate the jokes and character dynamic. For this reason, this show is a staple for a Netflix watch list.