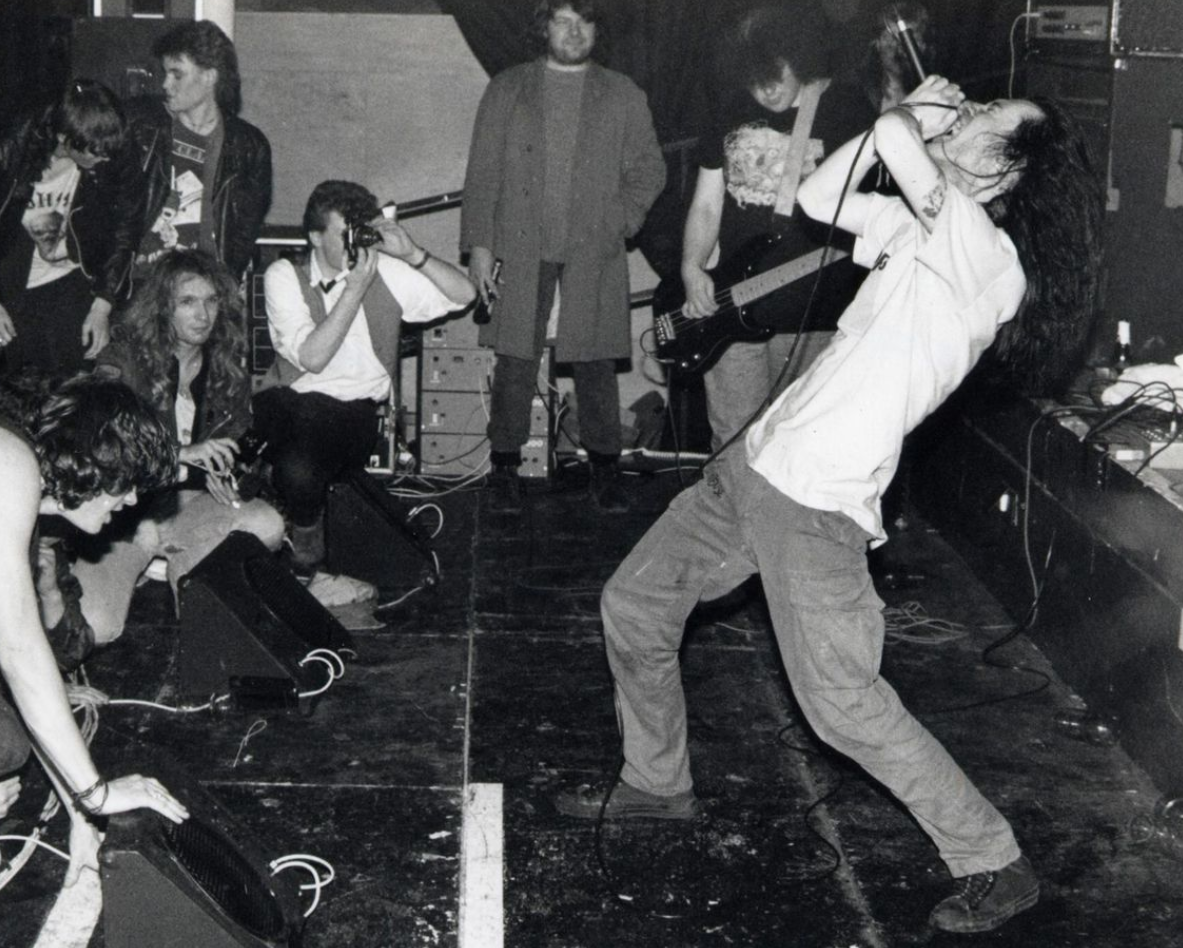 After I graduated from high school, I became something of an amateur archeologist. My subject was music. I believed that there must be more to it than what I was consuming through the accepted corporate channels of radio and MTV, and I was driven to pursue these missing links. Like a forgotten bird dropping drying in the sun, pop music symbolized a single lifeless achromatic shade pitched upon the outskirts of an endless palette.

Alternative music and punk rock were alluring because they argued against bigotry and small-mindedness, exposing the feeble structure of celebrity. Because the music didn’t sound like it was recorded in front of a group of record company shareholders. Because the careers of these musicians were not dependent upon their sex appeal or their dancing skills. For once, music as a function and expression unto itself was the only thing that mattered. But it didn’t officially sink in that this music was my destiny until I finally discovered an independent record shop—a place where I could study it up close.   After getting paid from my job sweeping popcorn in a discount movie theatre, I drove out to that record shop with a list of artists to add to my collection, exhausting every other weekend in service to this cause.

I had heard of the band Napalm Death, but I had never actually seen one of their records. Claimants to the honor “The Fastest Band in the World,” Napalm Death had already found a home in the Guinness Book of World Records for their song, “You Suffer (But Why?).” With a running time of 1.316 seconds, “You Suffer” splintered time by way of its chaotic brevity, closing Side One of Napalm Death’s volatile and discordant debut album, 1987’s Scum. I hadn’t heard the song yet, but Napalm Death was on my shortlist of music to find—like an archeologist digging their way toward an ancient tomb. In September of 1989, I finally struck treasure when I pulled a vinyl copy of Mentally Murdered from the racks, holding it up, exposing it to sunlight for the first time. 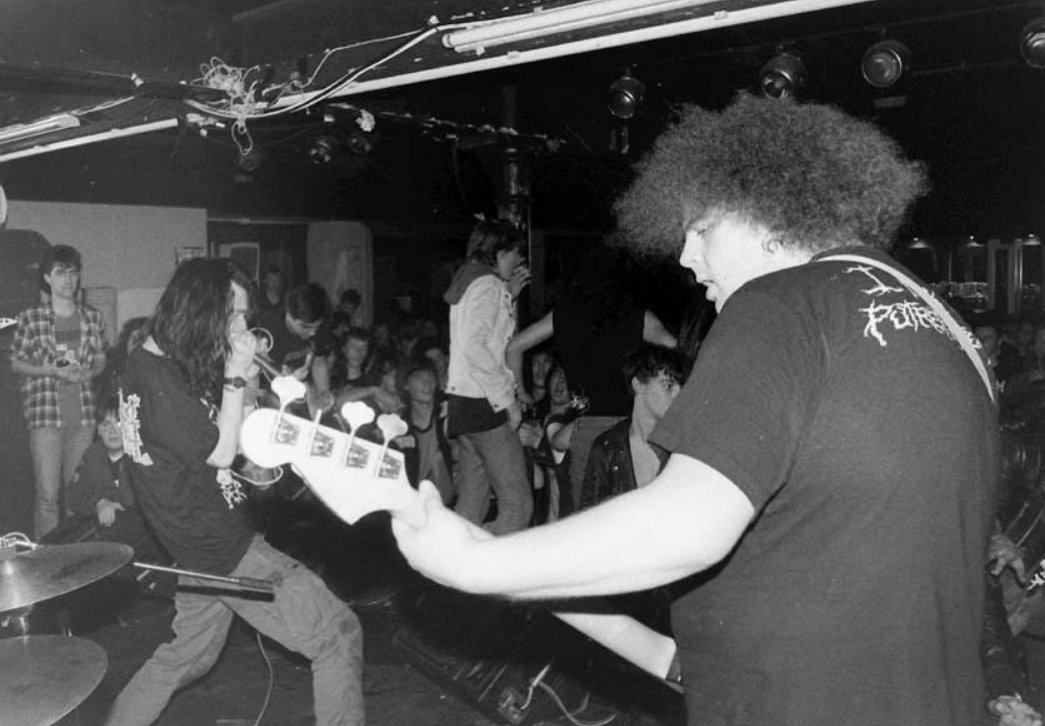 I ran into my bedroom, removing the black vinyl disc from its thin paper sleeve. Luckily, no one else was home.  When the guitars, bass, and drums began, I heard the surge of flames erupting from the windows of an enormous building collapsing in slow motion. Darkened cinderblocks and concrete spilling outward were colliding inward, imploding in cascading sheets of murky dust, plummeting to the ground in a cloud of noise. Everything fell apart in unison. It was a musical inferno. The drummer slammed into his cymbals, and I heard explosions; I saw torrents of fragmented glass, spraying overhead, landing in my hair, my clothes and my skin. Guitars bludgeoned the fragmented remains of the building, while I felt the bass tones in my lower abdomen and beneath my feet. Suddenly, someone else witnessing this destruction cried out in a voice several octaves lower than mine. The world went black around us as his prolonged roar echoed briefly into the void created by the song’s abrupt ending.

That first song, “Rise Above,” represented two minutes and thirty-eight seconds of pandemonium that could make your most traumatic nightmare resemble a birthday trip to Disneyland. And in the thirty-one years that have passed since that moment, I’ve never heard anything quite like it. Between studio albums, live albums, singles, and EPs, Napalm Death’s discography boasts fifty-two releases. And that day in September of 1989 turned me into a lifelong convert.

On September 18, 2020, Napalm Death releases their sixteenth studio album, Throes of Joy in the Jaws of Defeatism. 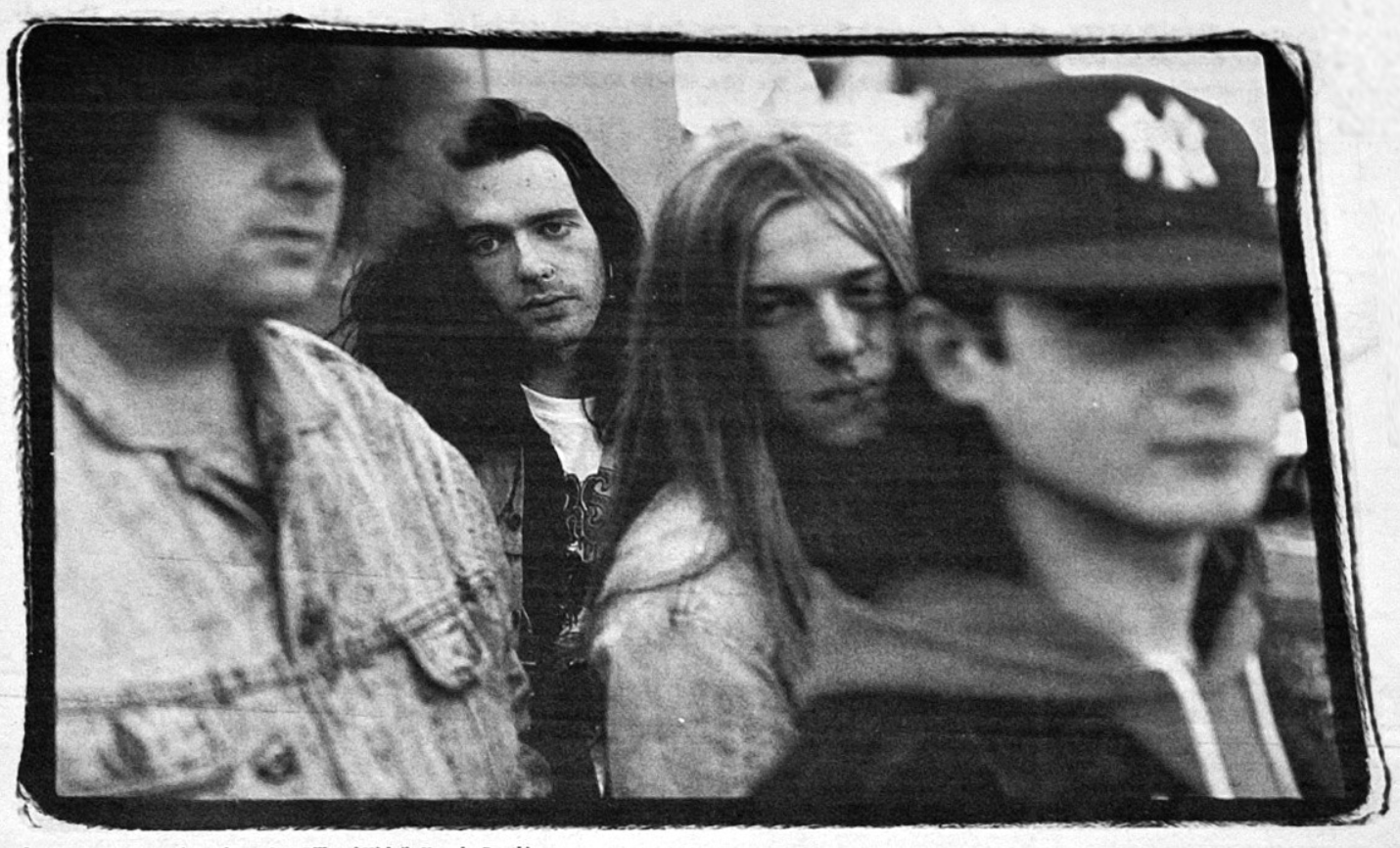