You know those bands you’ve always vibed with whenever one of their singles came on the radio, but whose music you never really did a deep-dive into before?  Then, when you finally do decide to deep-dive into their discography, you end up really digging what you find?  Maybe you accidentally timed this musical exploration right around when the band is getting ready to release a new album.  Maybe that band released a teaser single to hype up that yet to be released album, and you REALLY vibe with that new single, so now you’re super psyched.  Maybe you memorized the album release date because you dug the single THAT MUCH and now you absolutely NEED more songs like it in your life.  Well, the (insert Cardi B voice here –>) coronavirus just sucked that album into the void along with all of the other creative works that have currently been sent into postponement limbo.

…Okay, as you’ve probably deduced, that last paragraph was more of a therapeutic rant on my end than a narrative directed towards you, the readers…my bad, y’all.  You see, Weezer, the alternative rock/power pop group that’s been imprinting infectious, guitar-driven melodies into our brains since 1994 had their latest album, Van Weezer, due out on May 15th this year, but it has been officially shelved until May 2021 because of delays caused by the COVID-19 pandemic.  My music-hungry mind is still dying over the news.

Seven months ago I was fine, just minding my own business in my university’s student lounge, when a blast of near symphonic electric guitar arrangements shot through the overhead speakers and, as most of Weezer’s songs do, glued itself to my mind and my playlist.  That song was “The End of the Game,” the introductory single to the now delayed Van Weezer album, and its driving force is carefully crafted to continuously propel you forward from start to finish.  With steady, heavy power chords guiding you along like a train on a mission, scenic “views” of acrobatic guitar riffs sprinkled throughout to joyously catch you by surprise, and a melody that is both simplistic and infectious at the same time, my gosh is this song a journey I’m on board for.  It’s a seamless blend of Van Halen-style rock and the kind of mood-elevating pop you sing along in the car to with your friends, and I. Need. MORE. 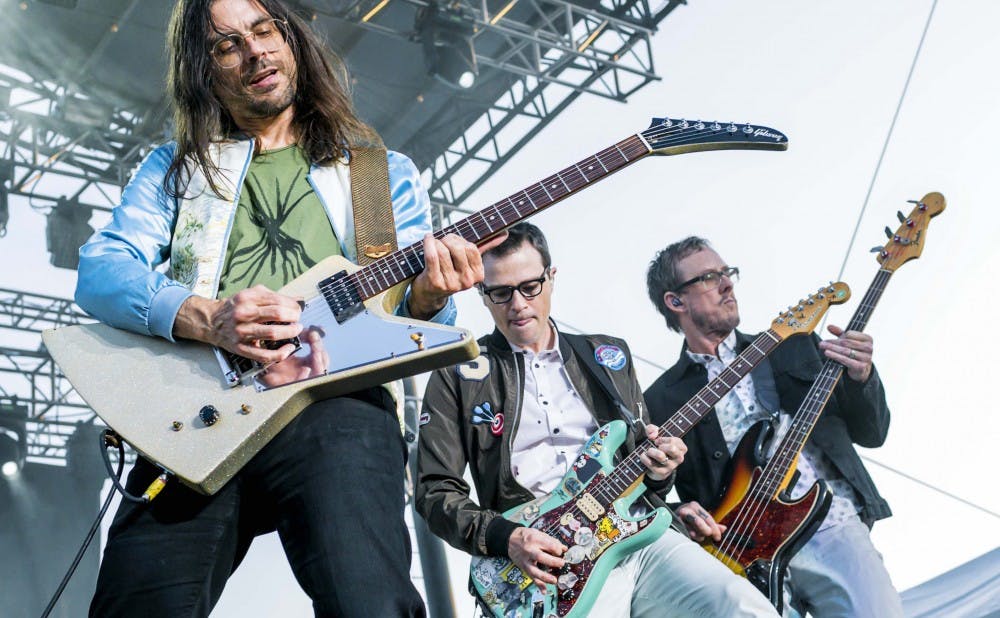 But sadly, after having already waited an excruciating seven months on my end, more is now another year away.  So, until then, I’ll have to resign myself to diving back into Weezer’s past hits like “Island in the Sun,” “Photograph,” “Endless Bummer,” “Pork and Beans,” “Buddy Holly,” and “Beverly Hills,” to only name a small few from their 13 album career.  I love their past and I highly recommend exploring it if you haven’t already, as their previous songs hold permanent spots in my music library.  But with Van Weezer’s postponement, I feel like I just lost what was about to be my new favorite album.