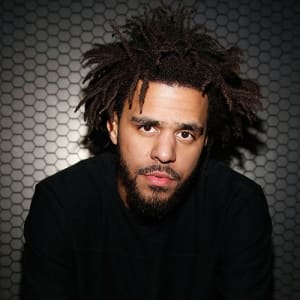 Although he hasn’t released new music recently, one of my all-time favorite artists is the legendary J. Cole. While his music never seems to get old, this might be due to a plethora of reasons. Maybe it’s his cadence, lyrics or his choice in production but he is able to just create a variety of songs about different topics. Not only does J. Cole rap, he also sings about various different life experiences. He is extremely relatable in the sense that he sings about friendship, drug awareness, relationships, his own personal struggles and in general, working hard to achieve goals. Personally, I believe it’s this versatility in J Cole’s music that makes me inclined to listen to him. I can always count on J. Cole for hype and exciting song, but I can also expect a more emotional feel in plenty others. For example, listen to “Wet Dreamz” and “1985 – Intro to ‘The Fall Off’” to see his versatility.

J.Cole’s music has the capability to make me feel hyped, yet educated. J Cole appeals to me because he is able to connect with those who went to college, as he college-educated. However, he also  understood the struggles of those from lower economic classes, as he represents in multiple songs. J Cole’s music has messages. He may not have the most upbeat songs but his chill rap music with unique production stays fresh.

If you get a chance, I would highly recommend checking out J.Cole.