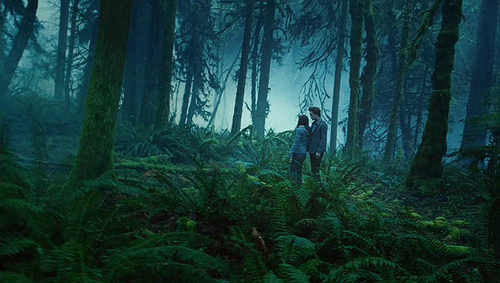 On August 2nd, 2008, Breaking Dawn, the fourth and final book of the Twilight series was published. Now, Twilight is an easy punching bag. Mostly because it’s terrible. But, I must admit, I actually like the Twilight books and films. It’s mostly an ironic enjoyment—at least, that’s what I tell myself—but there is something genuinely fascinating about the Twilight franchise and how it has been received by audiences.

I’ve probably read the first book at least three times at this point, and I’ll be the first to tell you that it’s not written well. At all. The dialogue in some parts is laughably cringey, Edward and Bella are somehow the most boring people on Earth, and the plot is barely believable. Many of the themes are also problematic, such as the weird romanticization of abusive relationships and how Quileute people’s traditions and history were hijacked because…werewolves? But somehow, despite all its problems, there is something about the franchise that keeps drawing me back.

Maybe because these books are targeted directly at me, a teenage girl. Maybe it’s because every guy in a 50-mile radius of Bella immediately falls in love with her, despite her being the physical embodiment of wheat bread. Maybe it’s the edgy, bad boy persona that Edward adopts even though he really isn’t a bad boy at all. Maybe because there’s some part of me that wants a handsome, supernatural boyfriend who embraces me even if I’m clumsy, boring, and generally useless (I’m sorry Bella, it had to be said). It’s probably the aesthetic of the films though. Muse paired with b-roll of a misty evergreen forest is an instant win, regardless of how bad the rest of the film is.

August 2020 is an interesting month for Twilight as well, with the release of Meyer’s latest book, Midnight Sun. This novel has been in the works for years but was halted in August of 2008, after part of the manuscript was leaked. I have yet to read any reviews for this novel, and it does feel a little lazy of Meyer to keep retelling the same story through different lenses (looking at you Life and Death: Twilight Reimagined),but I am genuinely interested in what this book is like and how it will be received by critics and fans alike. Also, I want to see if Stephanie Meyer has gotten any better at writing.

Either way, the Twilight franchise will live on in infamy, for better or for worse.