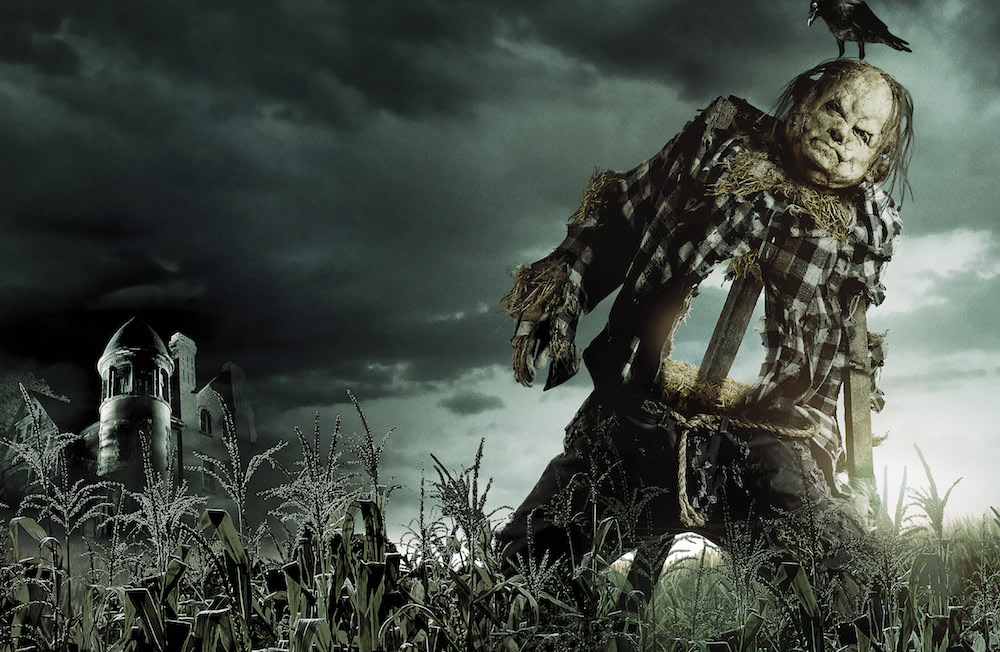 Ah, August. The peak of summer, where the sun shines hot and bright in the sky, beaches are packed, and theaters are packed with blockbuster hits full of action and adventure. It’s not a typical time when you’d expect to see a horror movie debut, but in 2019 summer served up some surprisingly potent scares with Scary Stories to Tell in the Dark. Based on the horror anthology series of the same name, which became infamous for illustrator Stephen Gammell’s disturbing artwork, the film was helmed by André Øvredal and Guillermo del Toro to bring several of the more insidious tales and creatures to life.

The premise itself is a somewhat familiar setup – a group of teenagers on Halloween night of 1968 unwittingly enact a curse and must race to solve the mystery before they all succumb to the evil they’ve unleashed. The true delights of the film lie in the details – elements borrowed from all three installments of the original Scary Stories books stalk each of the unsuspecting teens in classic unstoppable movie monster fashion. Fans of the books would immediately recognize the uncannily realistic scarecrow Harold who lurks in the nearby cornfield; the hoarse whisper of a ghoul looking for who ate her big toe; and arachnophobes will be checking their blemishes extra carefully after seeing spiders burst from a girl’s pimple.

We were introduced to our primary high school-aged cast at the start of the film: horror fan Stella and her two friends Chuck and Auggie, who play a prank on local bully Tommy and his goons. Upon being pursued by the bullies, the trio runs into young drifter Ramon and asks for his help. Chuck’s sister Ruth is on a date with Tommy on Halloween night, when the plot is kicked off. Right off the bat we’re shown each character’s personalities and fears, which are reflected in the creatures that stalk them later on. Tommy hates the scarecrow that lurks in his family’s cornfield and is subsequently killed by it. Auggie is constantly concerned about what is in the food everyone eats, and accidentally eats the ghoul’s big toe. Chuck is plagued by nightmares of a red room and a pale figure stalking him, while Ruth panics when she’s caught in a spiderweb. Ramon feels like a coward for ducking the draft for the Vietnam war, and the monster that hunts him calls him just that. Stella, somewhat of an outcast in her small town, is literally drawn into the final story where she mirrors the final moments of the vengeful spirit’s isolation.

In the end, we are treated to a somewhat promising conclusion to the film. Stella, Ruth, and Ramon survive their stories, with Stella vowing to not stop searching until she finds a way to rescue her friends from their stories as well. It’s obviously left open-ended for sequels, as the writers have a number of stories from the original anthologies to draw from in future installments.

Seeing as Scary Stories to Tell in the Dark was a financial and commercial success, we can only hope to see more creepy critters and haunting tunes brought to life on the big screen. Until then, enjoy the film and give the books a read.