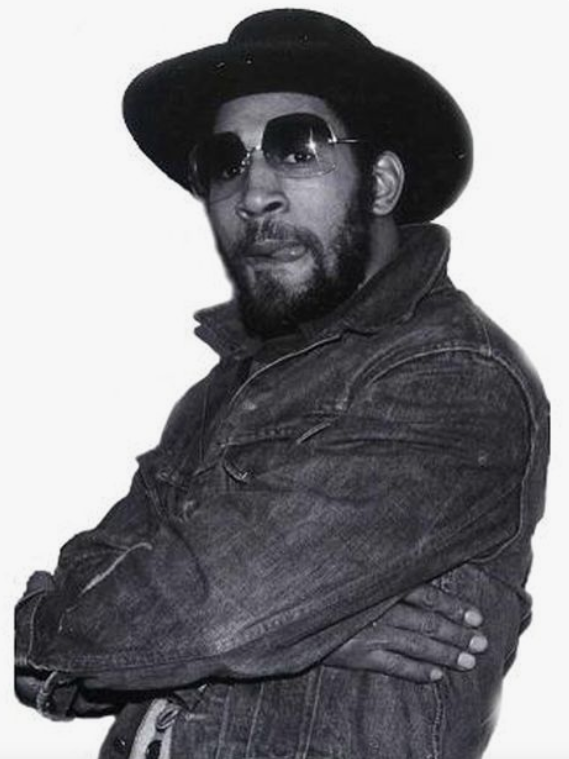 More than a curling page on the calendar, August is a climactic month. August describes the dusty horizon of a global race for a cure to COVID-19; its conclusion signals a schoolyear that will challenge students and faculty alike; it augurs a gory presidential election. The dog days of summer find their stride in August, as I squeeze the remaining drops of sunblock from a tube, painting my face and neck before I cross the threshold of my apartment door.

And while I steer my body through the shimmering heat, my headphones, sunglasses, and mask sealing me off from the world, I think back to another August day when the boundaries of music were buckled and expanded by a man snugly ensconced in his own headphones. He did not know it, but he was about to change the world. The date was Saturday, August 11, 1973. The man was Clive Campbell, also known as DJ Kool Herc.

Historians of hip hop point to this date because it was the moment in time that Herc debuted his masterwork. Herc was a teenager, spinning soul and funk records at house parties, and he noticed the people dancing at his parties paying special attention to specific moments in the music. He quickly considered the possibilities that lay there. 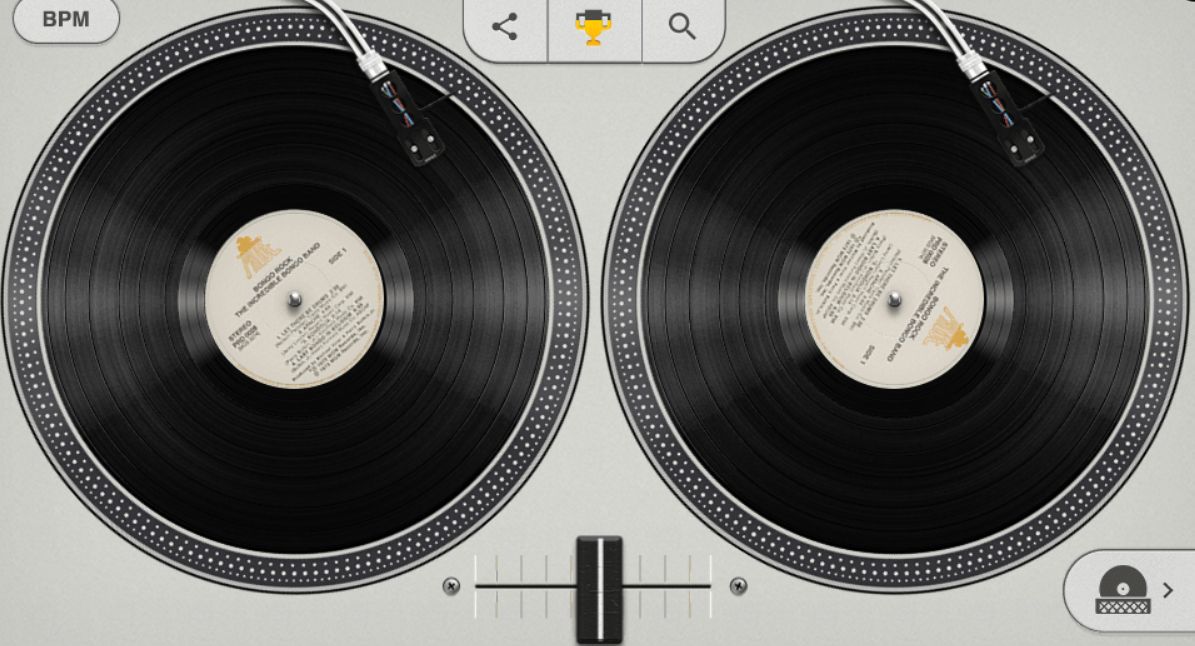 Herc brought his research home with him to prepare for a special commemoration of the end of summer—a back-to-school jam on August 11. “School’s still out” read the index cards he’d given to potential partygoers. At home, he worked at isolating the moments in the songs that the crowd liked the best, using a pair of turntables to keep these sections of the songs flowing together smoothly—maintaining the groove by playing the piece on one turntable and then pushing the fader across to the other. Extending the brief instrumental portion of tracks like “Apache” by The Incredible Bongo Band, Herc created a song within a song. Others like James Brown’s “Clap Your Hands, Stomp Your Feet” were already a favorite part of Herc’s repertoire, and by fusing sections of the songs his dancers liked the best, he cultivated the sonic backdrop of hip hop. 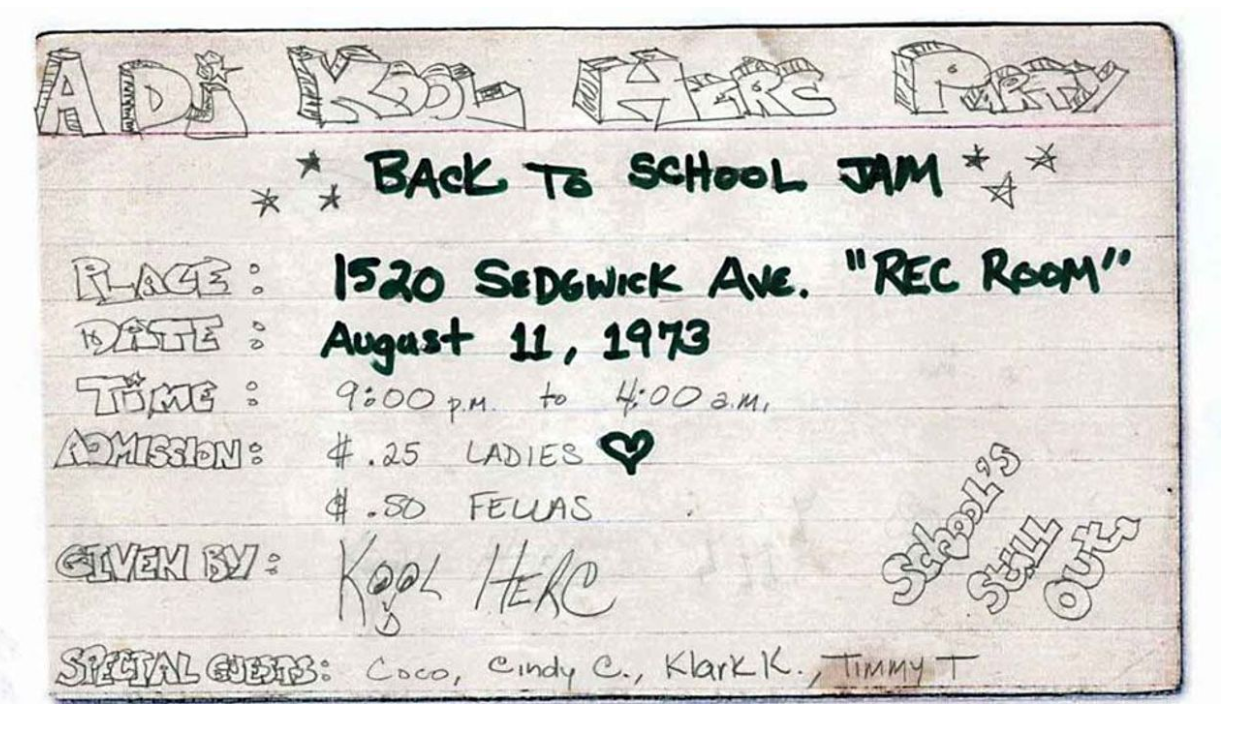 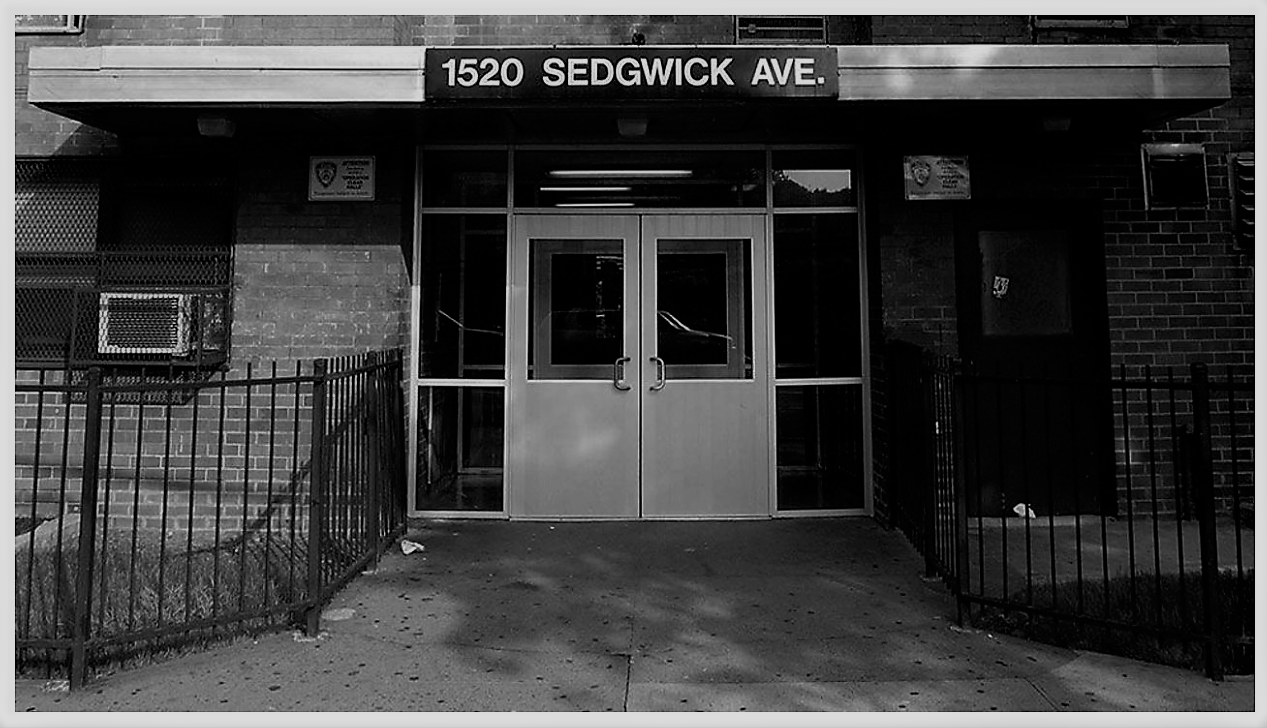 Because of that historic party at 1520 Sedgwick Avenue in the South Bronx, the month of August belongs to DJ Kool Herc. He never became a star. But the world owes him a debt it could never repay with fame or fortune. When Herc was asked later if he wished he had made his own record, he said no. “That’s not my thing,” Herc told Terry Gross in 2005. “There’s no regret with that. When the record’s finished playing, you’re forgotten about. But when they check the record [and they ask] ‘Who started the culture?’ Only one name’ll come to it. Like the presidency. Who started the presidency? George Washington. That’s who I am to this game,” Herc said boldly. “Nobody can take that away from me.”