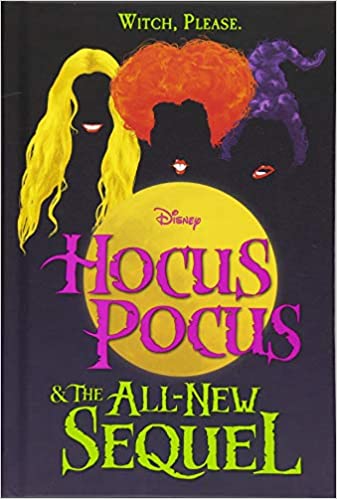 If you’re into the Halloween season and you’re a fan of the classics, then you’ve probably seen Hocus Pocus at least a couple times. During the month of October I’ve noticed people talk about one particular book, a sequel to this movie. It continues the story with the next generation of Salem teens.

“Shortly after moving from California to Salem, Massachusetts, Max Dennison finds himself in hot water when he accidentally releases a coven of witches, the Sanderson sisters, from the afterlife. Max, his sister, and his new friends (human and otherwise) must find a way to stop the witches from carrying out their evil plan and remaining on earth to torment Salem for all eternity.

Twenty-five years later, Max and Allison’s seventeen-year-old daughter, Poppy, finds herself face-to-face with the Sanderson sisters in all their sinister glory. When Halloween celebrations don’t quite go as planned, it’s a race against time as Poppy and her friends fight to save her family and all of Salem from the witches’ latest vile scheme.”

Overall, I really enjoyed reading the book. I loved the setting and plot. I know that if you’re a fan of the original story you’ll feel and love the nostalgia as you read this novel.

I hope everyone is staying healthy and safe during these unprecedented times.