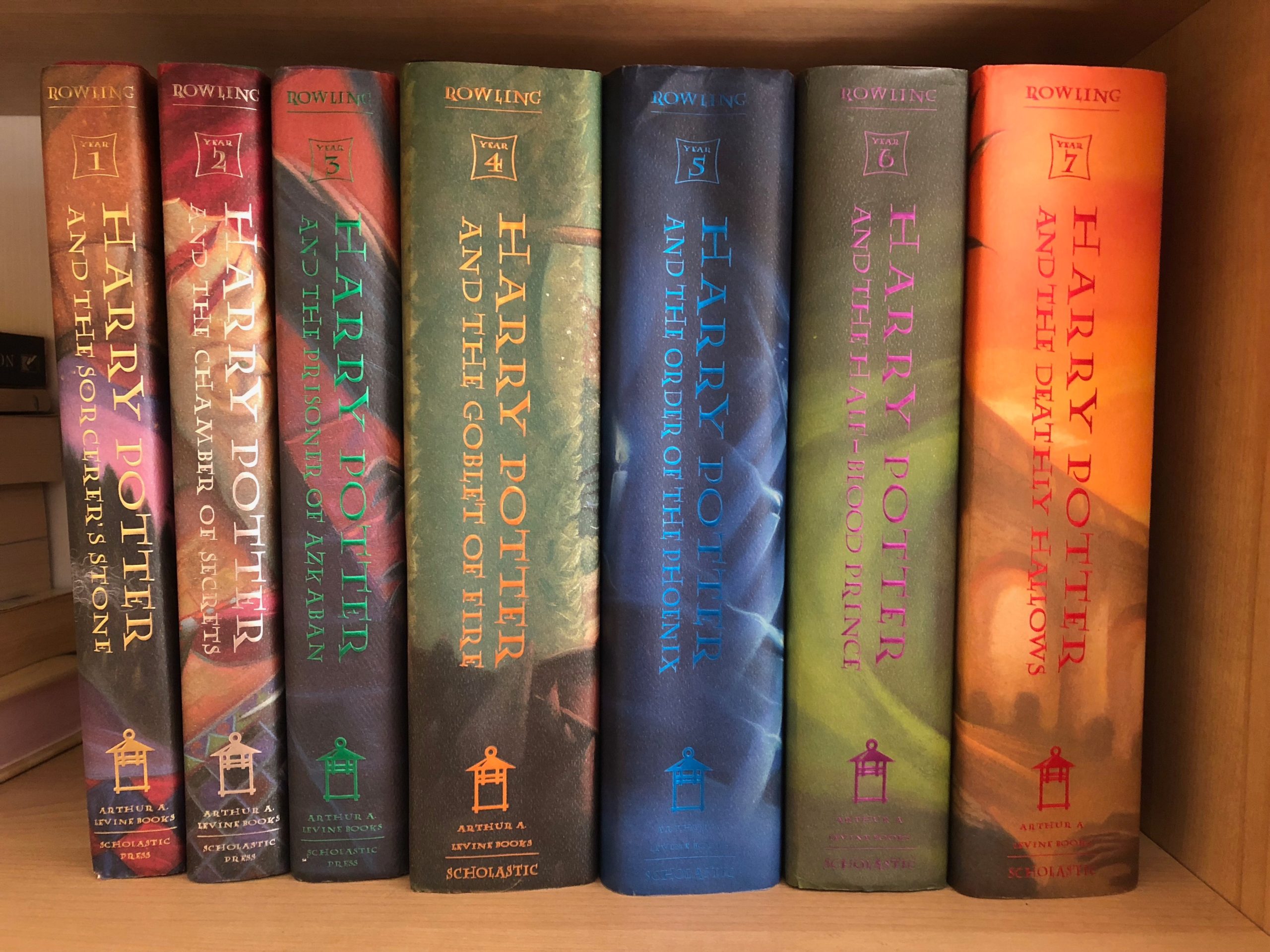 In these trying times, I have found myself yearning for the books and movies I used to watch and read when I was younger, for a little comfort-nostalgia. Recently, I started reading Harry Potter and it’s like I’m thirteen years old again. I started reading the books when I was in fifth grade and fell head-over-heels in love with the wizarding world. I used to read the entire series once a year, although it’s been a long time since I’ve read any of the books. But now that I’m stuck at home I needed something to distract me from my own thoughts, so Harry Potter it is!

I pulled my battered copy of The Chamber of Secrets from my bookshelf and was slapped with a wave of nostalgia. I had forgotten how much of my childhood was built around Harry Potter. I remembered fangirling with my friends in middle school over Daniel Radcliffe, going over to my best friend’s house to watch Deathly Hallows – Part 2 on DVD, being invited to Harry Potter themed birthday parties, and taking the house sorting quiz online (Ravenclaw represent!). In seventh grade, I went with my church to The Wizarding World of Harry Potter at Universal Studios, Orlando, and reading the books is making me relive that trip. I remember the taste of butterbeer, the sound of the films’ soundtrack, the excitement I felt walking through Hogsmeade and exploring Diagon Alley, the feeling of a warm January day in Florida.

Of course, I have to acknowledge the elephant in the room: the uh, ahem, very “opinionated” author of Harry Potter, or She-Who-Must-Not-Be-Named. One of the reasons I’ve been reluctant to get back into the series was because of Rowling’s problematic tweets in recent years. For the sake of my own well-being and yours, I will not get into that here. To get past this, I’ve been practicing “death of the author.” I’m not letting her ruin such a monumental part of my childhood for me. In my mind, the Rowling we have today is actually J.K. Rowling’s evil twin who’s stolen her identity and is not associated with the books at all.