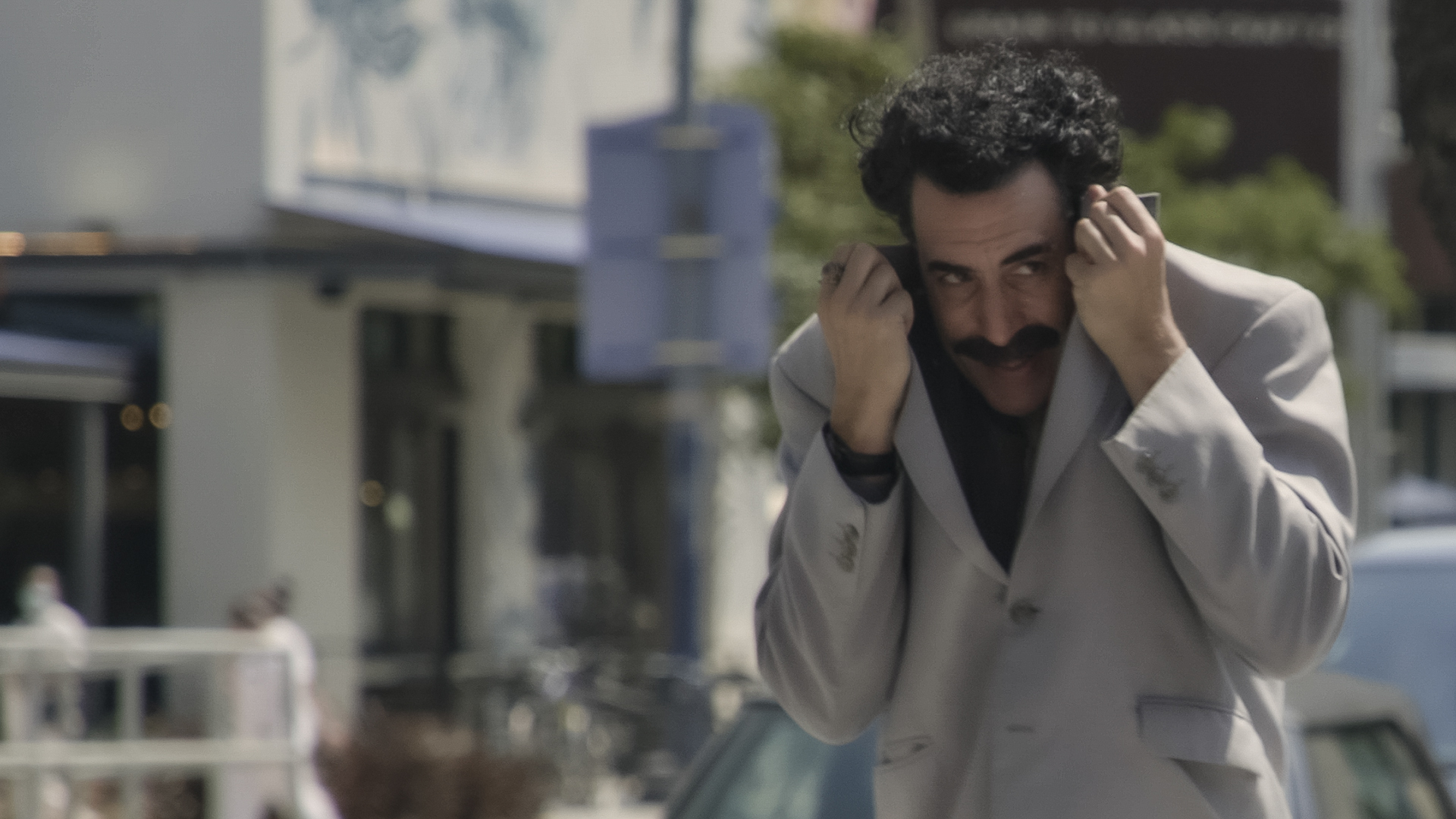 This past Friday, just two days away from a college submission deadline that I was woefully behind on, I sat down with my family to watch the original Borat (2006). After an inevitable good time, we utilized our brand new Amazon Prime subscription to watch the recently released, highly anticipated Borat Subsequent Moviefilm, which I now hold to be one of the most bizarre, confusing viewing experiences in recent memory.

Since the events of the first film, Borat has been in a gulag for bringing shame to Kazakhstan with his film. But he is given a second chance by the Kazakh Premier on one condition: that he deliver Kazakhstan’s most famous monkey as a gift to the heads of the new “American regime” in an attempt to improve relations. On arrival in America, however, Borat finds that his monkey has been replaced by his primitive fifteen year old daughter Tutar, who he now must train to become a wife for Mike Pence and later Rudy Guiliani.

It feels strange to have to put a plot description so dense in a review for a Borat movie, but this film is much more plot driven than its predecessor. There are still plenty of sequences that feel like classic Borat bits, such as the southern debutante ball scene where Tutar reveals her menstrual blood-soaked underwear to a ballroom full of people, but compared to the first Borat, Borat Subsequent Moviefilm feels much more manufactured and controlled, which results in a baffling combination of dull plot filler and ambitious, almost era-defining moments.

That combination is so baffling because the funniest moments in this movie don’t come from Borat or the plot, they come from the people he meets that drive forward the ridiculousness. Whether it be ‘March for our Rights’ rally attendees chanting “Inject (Obama) with the ‘Wuhan Flu’” or Rudy Guliani, one of the highest ranking members of the President’s legal team, making sexual advances towards Tutar posing as a reporter, Sacha Baron Cohen doesn’t even have to be funny anymore, the comedy is America. It exceeds satire because nothing is exaggerated, it all exists already. This is like an anti-post-comedy. Did Father John Misty write this movie?

But at the end of the day, Borat Subsequent Moviefilm is not intended to be a piece of art. It’s a piece of entertainment, and it does a solid job at being one. The plot gets in the way of the humor too often, and the empathetic father-daughter dynamic isn’t bad, just painfully generic.

Even the best moments are largely based on shock value, and I fear they will only be brilliant the first time around. However, my infinite praise goes to Maria Bakalova. It’s a shock it only took 600 auditions to find someone willing and able to pull off Borat level stunts. It’s equally commendable that the production team of this film was able to adapt to such fluid circumstances.

If anything, Borat Subsequent Moviefilm is a time capsule, and it will forever exist as a bizarre presentation of one of the most insane periods in American history. It’s also a damn solid pick for a family movie night. Well, maybe skip the “family” part.