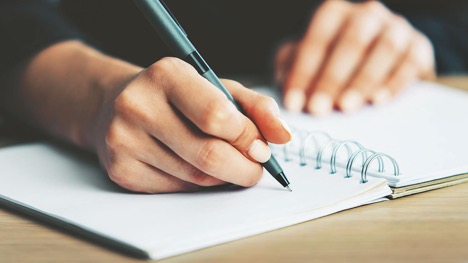 I recently had the pleasure of interviewing Jessica Wu, an Asian American woman that I met at the gym my freshman year at Chapman University. At the time, she was actually a senior who was about to graduate as a Creative Writing major at Chapman. As a Creative Writing major myself, I respected the progress she had made in her writing as well as the topics that she covered. After she graduated, we kept in contact once in a while. A couple weeks ago, I found out that she had managed to secure an agent in the time that I hadn’t seen her, and I absolutely knew that I had to do an interview with her. I distinctly remember my freshman year when she sent me her book to read. At that time, she was still looking around for agents to submit to and hadn’t been too successful in her venture, yet. Now, she had an agent! Being Asian American myself, along with the fact that she was the only friend I had that already had an agent, led me to reach out to her through email for a wonderfully insightful interview.

What is it you do now, post-graduation?

“Well, I graduated about two years ago now, so I’ve had some time to get myself situated in my new life in LA. I live with my boyfriend and he works full-time at a gym, while I dedicate myself to writing. Right before I graduated, I had finished my manuscript for my book and was sending it out to different agents. A couple months after I moved to LA, I finally managed to secure a meeting with someone who was interested in my book. Now I have an agent and I’m so glad that I do. Right now, I’m working on my book with my agent. I’m also working on a new book on the side that’ll hopefully be finished in the next couple of years.”

What is your daily routine as a writer?

“My current daily routine is just to wake up with my boyfriend when he gets up for work, and then go back to sleep. I actually wake up at around 9AM, I’m definitely not a morning person. After I make breakfast, I work out for an hour in my tiny home gym, eat lunch, and then I start writing. I write for about seven to eight hours on end, so I always make sure to eat a big lunch beforehand so I don’t get distracted by hunger. During these writing hours, I tend to work on multiple projects at once so it’s harder for me to get distracted by outside distractions. I used to study screen acting at Chapman as well, so I learned some writing tips from the people I met there. The main thing that I learned was to write out my ideas on notecards and attach them to cork boards. Writers rooms tend to use these for breaking down their episodes, but I like to use them for the main ideas and chapters of my books. It’s almost like I’m breaking down screenplays and turning them into chapters. I have two giant cork boards on the wall next to my desk, so I use them as a reference for what chapter I’m supposed to work on next. They’re basically my structure guide and tell me what I need to include and what I still need to write.”

Do you have any advice for beginner writers?

“I’ve always seen big writers telling people to “just write” and to “write all the time.” I do agree with these sentiments, but I also think it’s a hard thing for a lot of people to do. I know that in my college years, and even in the years before college, I felt like I couldn’t even consider myself a writer. While everyone around me seemed to be writing something 24/7, I barely wrote at all. I had a lot of ideas, but I just couldn’t figure out what would inspire me to write. There were other things that I would rather do, so writing was never my priority. The only times that I really wrote were when I was assigned to do so by my classes. This created a lot of stress for me because I felt like writers were supposed to write all the time, and that just wasn’t something that I could do. My junior year was when I finally figured out how to fix this feeling. I decided to try finishing something. I’ve never been able to finish a story before, and I chose to change this by choosing something that I had written for a class and just keep working on it and writing it until I finished it. This was something incredibly hard for me, and I kept rewriting it and hating it, but I finally managed to force myself to at least finish the story, even though I hated the entire thing. A finished story was such a new thing to me, and though it was short, I was proud of myself for getting through it. After that, writing was easier, because now I knew how to finish a story and that helped me a lot. My point is, it’s okay to not write 24/7 like everybody else. My biggest piece of advice is to just take it slow. Take a story idea that you like and hammer it out as best you can. Do whatever you need to do to finish it, whether it’s easier for you to outline it first or just write it out. It can be the shortest story in the world, just experience what it’s like to finish a story. From there, writing slowly begins to feel more natural, and it becomes easier for you to write more and more. The more you work on a story, the more you get to know it, and that’s the most important thing. There’s no point in writing something that you don’t care about. This advice is probably less for someone who knows in their heart that they want to be a writer and love writing, and more for people like me who want to write but just can’t. Find a story that you care about and finish it, no matter how bad it is.”