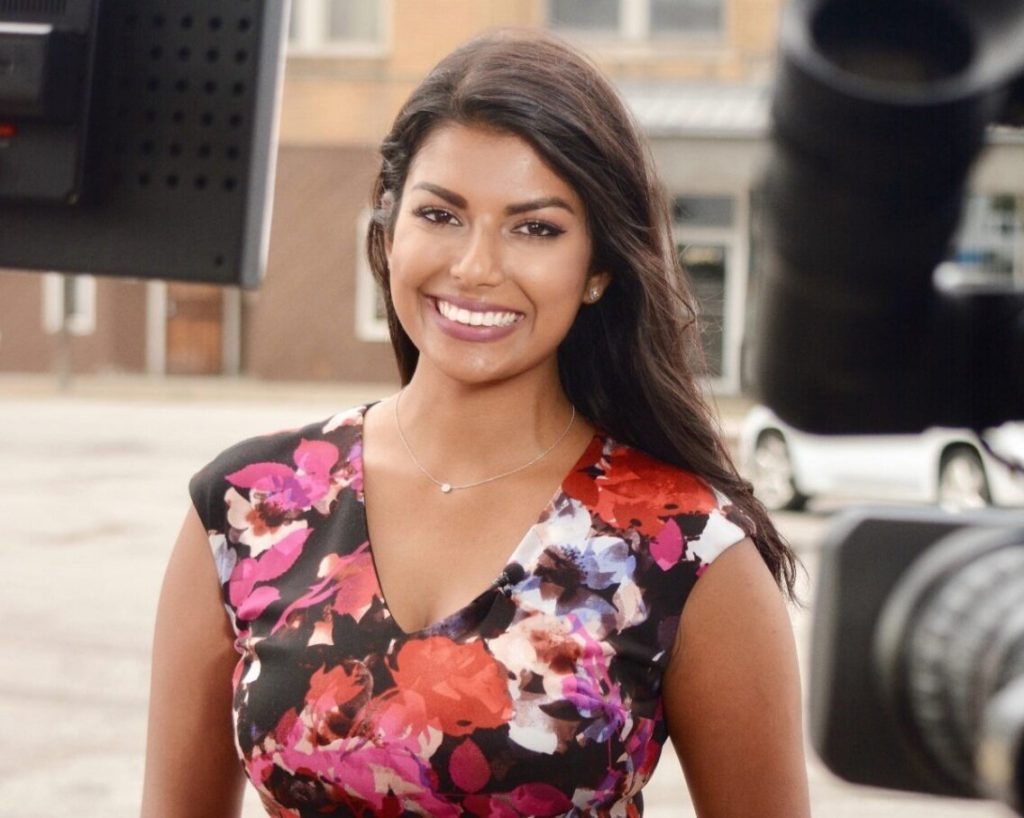 “We help solve problems, we highlight issues, we share smiles.”

That is the most rewarding part about being a journalist as described by Homa Bash, a reporter and anchor for News 5, an ABC affiliate based in Cleveland, Ohio. I thoroughly enjoyed interviewing Bash, an Emmy award-winning journalist who has covered events ranging from local news stories to large scale events that garner nationwide attention.

Bash has covered major news stories such as the 2016 NBA Championship and the 2016 Republican National Convention. When asked about what it was like to cover those events, Bash said, “[It was] never boring! Covering such huge, monumental events allowed me to truly grow as a journalist, finding new stories every day and finding impactful ways to share them.” Aside from these large-scale stories, Bash also profoundly enjoys being a local news journalist. Bash states, “Local news and local journalists are your friends and neighbors. There is no ‘agenda’ when it comes to our newscasts and our reporting. At the end of the day, my only goal is to inform, inspire, and educate the community, who I’m grateful to for trusting us.”

COVID-19 has definitively altered the way Bash’s newsroom typically operates. “Our newsroom, like all others, switched to a “remote” work model. Reporters and photographers no longer meet at the station; we meet on-site at stories and travel separately throughout the day. Shooting standups in your home, voicing stories on your phone. We’ve done more Zoom interviews than anyone cares to count,” says Bash. Despite the unusual circumstances, Bash states that the goal behind her work is to help viewers become more informed about the community they live in and share their stories.

As Bash was born in India, I asked her about increasing racial and ethnic diversity in the newsroom. She explained that “It’s not only about hiring journalists of color, but seeking journalists with diversity in other areas and diversity of thought as well. If you have a newsroom full of people with no children, or who aren’t homeowners, or who have never struggled, you can overlook what is important to cover in your community. Diversity in newsrooms brings varied coverage, which is so crucial as we all navigate this world together.”

When asked how she knew journalism was the career she was most interested in, she stated via email, “I loved getting up in the morning before school [to watch] Diane Sawyer tell everyone exactly what they needed to know to start their day.” She credits her immigrant parents for always stressing the importance of education, which resulted in the news always being on.

She has worked at multiple local news stations in Oregon, Oklahoma and Texas in the past. However, the journey to get there was not without struggle. “I wanted to be a reporter and tried applying to dozens and dozens of jobs with no success. I finally took a job as a producer in Bend, Oregon — over a thousand miles from my family and on a side of the country I had never been to,” says Bash. Her time spent in Bend, Oregon, was proven worthwhile. “While there, I learned the intricacies of how local news works and how much it matters. I took every opportunity I could to fill in reporting, even when that meant no days off, to get experience for my resume reel, which would land me my next job,” stated Bash. She notes that “persistency and preparation are keys when it comes to a career in journalism.”

Most of us who watch the news may not understand the amount of work and dedication it takes to produce a broadcast story. “Depending on your shift, [the day] begins with an editorial meeting with colleagues and managers, where stories are pitched, decided and assigned. From there, you make calls, set up your story, do interviews, work with your photographer to shoot [an] accompanying video and write a story — all to air by 4, 5 or 6 pm (if you’re on a ‘day’ shift). You wrap up by writing it all up for the web and digital platforms, before trying to find stories for the next day,” says Bash.

Being a reporter has its perks. Bash states that one of the best parts of the job is “having a front-row seat to watching history unfold.” Nevertheless, it can also be exceptionally demanding. “It is oftentimes a 24/7 job, where you can’t totally disconnect and are constantly looking for the next story to cover. It can be almost impossible to unplug…and it’s easy to feel as though you may miss something important if you’re not constantly on your phone at all times,” says Bash. When asked what she does outside of work to de-stress, Bash says that she enjoys reading, painting, woodworking and crocheting.

As a college student working towards a journalism career, I asked Bash for advice on how to break into the industry and deal with its competitiveness: “Don’t let the first few rejections get you down — all it takes is one. One considerate boss, one fitting job, one newsroom that you have chemistry with. The initial pay is hard to swallow — this is something my university did a great job preparing us for — but know that it gets better and everyone’s path is different, depending on where your passions lie,” says Bash.

I learned a lot about how essential the journalism industry is and how it operates after reading Bash’s responses to my questions. I have immense respect for journalists like Bash, who tirelessly work to ensure that their communities have a voice and are provided with the information they need. You can keep up with Homa Bash on Twitter at @HomaBashWEWS.