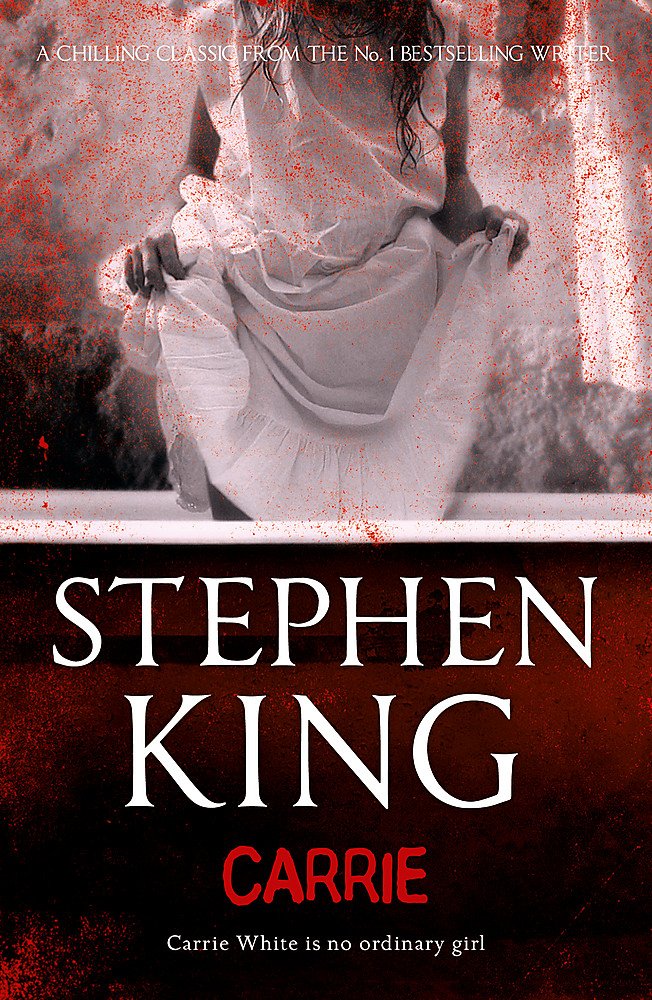 Looking for an October read? Look no further! “Carrie”, by accomplished author Stephen King is the perfect combination of both psychological chaos and teenage trauma. It follows the story of a high school teenager named Carrie, who is a social outcast and the main victim of any mean girl’s torment. After suffering through school she comes home to her mother, a woman who carries an insanely cult-like worship to the Lord and the belief that her daughter is a demon. And, to be fair, she might not be entirely wrong.

Ever since Carrie was a child, she was always a bit off. For example, one time her and her mother got in an argument, and right before her mother could beat her senseless, rocks the size of boulders began to fall from the sky. There was also the time that she, without even touching it, slammed the door in her mother’s face, just barely saving herself from her mother’s abuse. She never meant for these things to happen, nor could she seem to control them. However, a pattern of coincidences becomes a superpower after Carrie is pelted with tampons and pads in the gym shower after getting her first period, and the lights suddenly go out, leaving Carrie to shiver, naked and alone on the bathroom floor. The story then goes on to lead the reader through her journey to realizing her strength, and all the strange and torturous events that lead up to the ultimate abuse of it.

However, if you’re not the reading type, be sure to check out the movie! In the 2013 remake of the classic tale, Chloë Grace Moretz stars as Carrie. Although it differs from the book slightly, the film will be sure to send shivers down your spine, as well as nightmarish thoughts into your dreams. You are also able to better understand the other characters actions, although their thoughts and motives are better left to the pages of the book. Regardless, both will not fail to reach you in an unsettling manner.