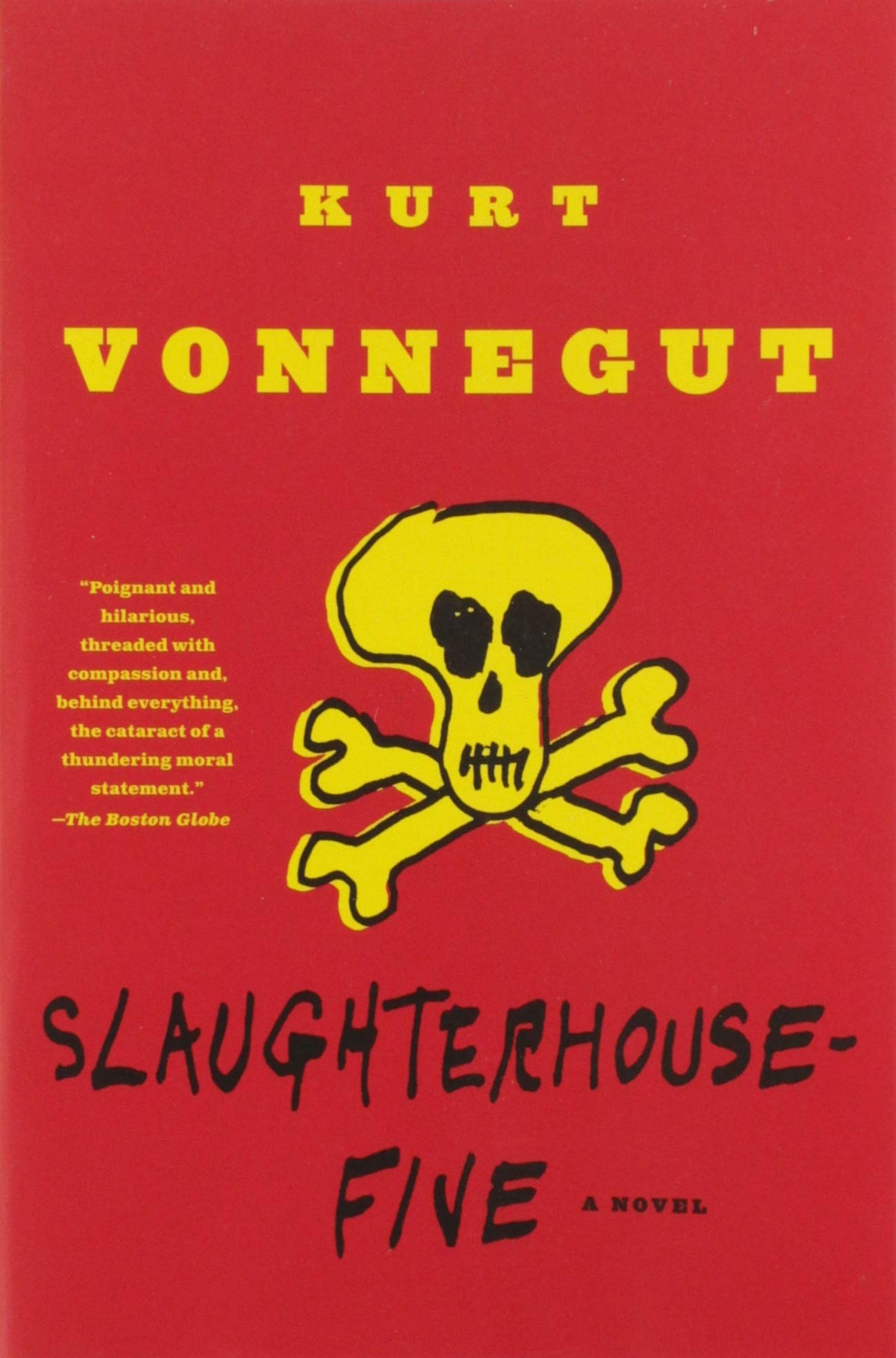 Kurt Vonnegut’s 1969 novel “Slaughterhouse-Five” is a spectacular mix of the science fiction and antiwar genres that comes as a response to Vonnegut’s own experience having been one of the few to survive the Dresden firebombing of World War II. It’s fairly often that the reader finds themself stuck trying to distinguish between the two genres as the book’s main character, Billy Pilgrim, repeatedly becomes “unstuck in time” or, in simple terms, time travels between events in his life.

The confusion that the reader may encounter is due to the possibility that Pilgrim might being experiencing PTSD from being one of the fortunate survivors from the Dresden firebombing. Over 130,000 lives perished, ranging from Americans to Germans to Russians and even the Poles. That was one eye-opening theme that was pervasive throughout this novel: death knows no nationality and makes no exception for anyone. It becomes apparent that this may be the catalyst event which ultimately numbs Pilgrim to the custom of death. Pilgrim’s narration reflects this in that he echoes the same, emotionless phrase after every death that occurs: So it goes. Seriously, I mean every death. Even when the American POWs (prisoners of war) first enter a German prison camp and are directed to a mass showering: “Body lice and bacteria and fleas were dying by the billions. So it goes” (Vonnegut, 1969, p. 107).

Another event potentially takes placeholder as the catalyst in driving not only Pilgrim’s numbness to death but his perceived knowledge of time. This is the night that “Billy Pilgrim says” he was abducted by aliens known as the Tralfamadorians. This mind-altering species of extraterrestrials brings him back to their home planet where they give him shelter in their version of a zoo. They educate Pilgrim on the true nature of time in that every moment is eternal and that humans can learn to visit and revisit these moments as they wish. The time spent with the Tralfamadorians gives Pilgrim incredible new perspective in that humans can only see time as having a beginning, middle, and end with a plot that intertwines it all. What he learns and ultimately tries to share with the world much later on in his life is that time, in the human sense, is an allusion. One can choose to live in the better moments or the worse moments in their life in perpetual bliss or sorrow.

This brings me to my final point on the novel: the reader’s potentially frequent confusion also can be attributed to the fact that Pilgrim may be losing what little sanity he has left. One reason it becomes increasingly difficult to perceive what is real and what is imaginative is that Pilgrim’s constant shifting from life event to life event does seem oddly familiar, or at least to me. I know I have had déjà vu moments where I can swear with complete certainty that I have experienced moments before. Dreams seem to be the primary source of this phenomenon because that is the only logical setting where one can travel to the past, future, or even stay in the present. Vonnegut incorporates this development as Pilgrim’s lack of continuity in his story could also be attributed to him potentially suffering from sleep paralysis. He couldn’t sleep on the night he was abducted and several other nights, yet he constantly dozed at inappropriate times and places such as when he fell asleep giving an optometry exam to a patient.

To summarize, there are very complex themes in “Slaughterhouse-Five” which makes it a fantastic read in my opinion. It made me face the question of how I choose to approach death. It made me question my own perception of time. It made me realize that despite its’ horrific normality in the world, war has serious costs and the lives that survive such wars are in for their own personal, often moral battles for the remainder of their lives. I ask you now, who would you become if your perception of time was completely restructured so that clarity seems to be not knowing time as a plot but rather eternal moments that simply are. Who would you become if you faced constant criticism if no one believed you, your story, or what seems to be the most tangible moments in your life… at least to you? Who would you become if you emerged to a world to find over 130,000 lives burned, dismembered, and matter-of-factly dead?